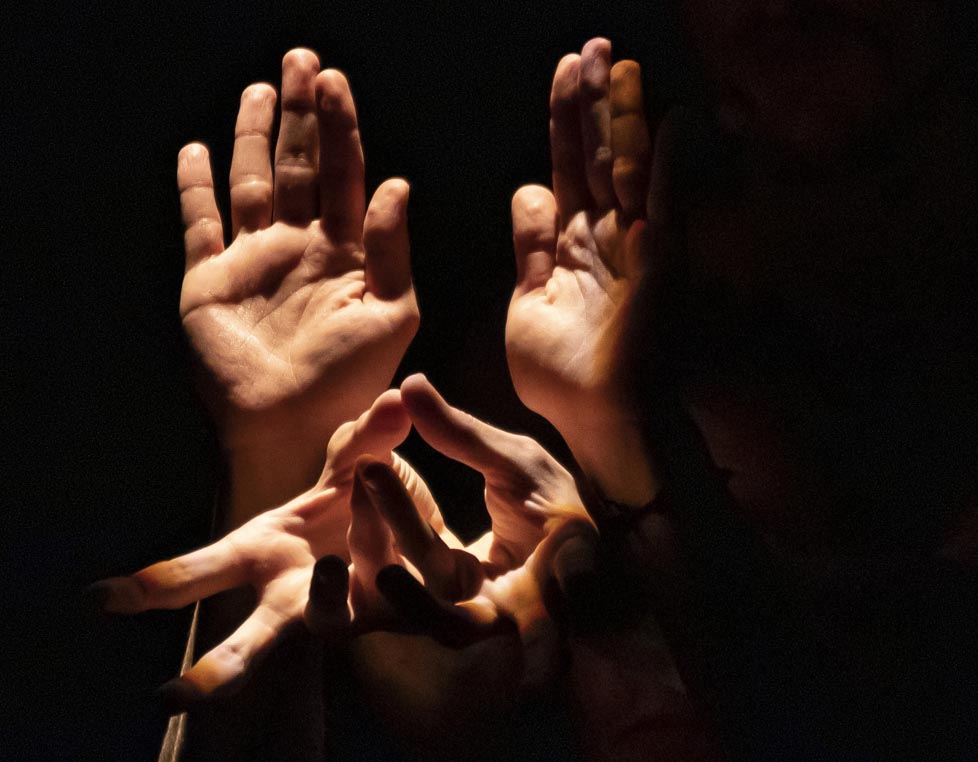 The latest episode of the dance duo Alien Express has been titled Infected Flight. It is an interactive dance performance created as a “corona” consequence or a sequel of the performance Second Flight, and was received very warmly by the audience. The flight that wasn’t cancelled was made using interactive performance tools and elements of content actualization at the outbreak of the epidemic and the related (ir)rational measures. The principle of virtual perspective allows the viewer an overview of stage events as well as a minimalist video details of the dance moves. Everything seems to works as a whole and simultaneously; movement and camera, stage scene and video nuance transferred to the big screen. A dialogue of two individuals in the language of a fusion of movements (moving between urban genres and contemporary dance) and voices with a clear message: “Is human touch forbidden?” Hip hop works, and the DJ is still a “god”, while flying towards the sun begins with the premise: “I can breathe.”

Žigan Krajnčan is a choreographer, dancer and performer. During his primary and secondary school years (at the Secondary Preschool Education and Gimnazija Ljubljana, SVŠGUGL) and also later, he was actively involved in the project of various Slovenian choreographers, musicians and directors. He worked as a movement consultant with the Academy of Theatre, Radio, Film and Television (AGRFT), Ljubljana City Theatre (MGL) and SNG Drama Ljubljana, among others.

Gašper Kunšek started his dance career at the age of four and has since successful performed at various competitions both in Slovenia and abroad. Krajnčan and Kunšek perform in various countries around the world with their original duo Alien Express, founded in 2016. In 2017, the authors received the Ksenija Hribar Award for promising dancers, and in 2018, they founded dance and movement school Scena.

Duration of the performance: 50 min