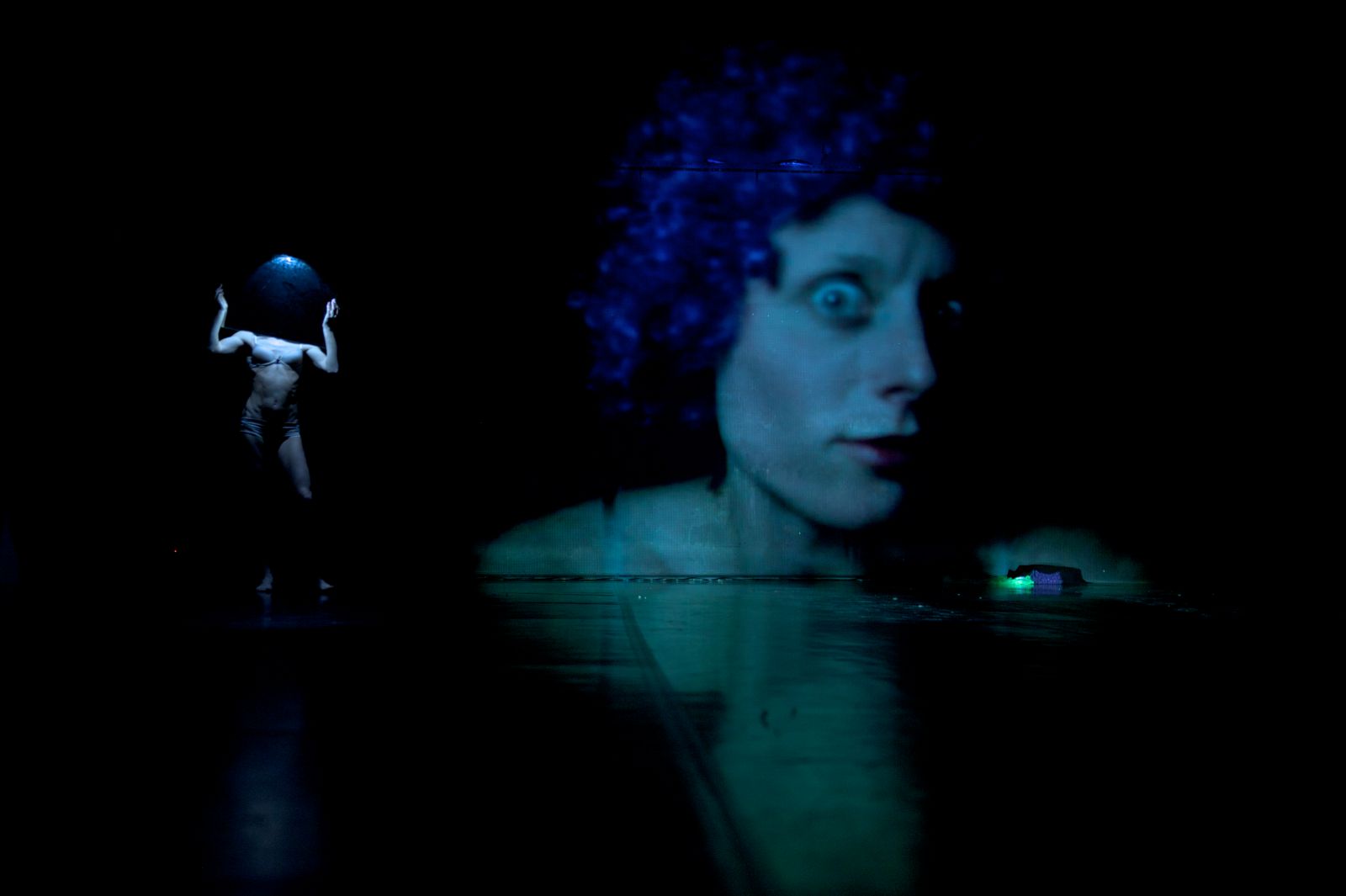 Already in her early works, Snježana Premuš tried, by the use of sound and visual technologic manifestations, to create a corporeality that wouldn’t be only limited to a single human organism, with which we usually equate the body. Her efforts could be related to Nancy’s work Corpus, in which this French philosopher thinks the body as a multitude of things (or relations), a collection, so to speak, that gives rise to the feeling and the notion of “self” and singularity whereas the truth is that they are never separated from the common. We are together in a body. In the performanceDouble, the artist’s project seems to attain a more complex choreo-imagology. To that end, she developed with her colleagues the software, technological and choreographic instrumentation that allows entering the common body. “A special feature of this project are interactive dialogues that, as a method of working, creating and communicating in the performance, allow an intimate fusion of all media involved. Although it’s the dancer there on the stage, this performance is actually a quartet: motion-sound-picture-light.”