The other at the same time 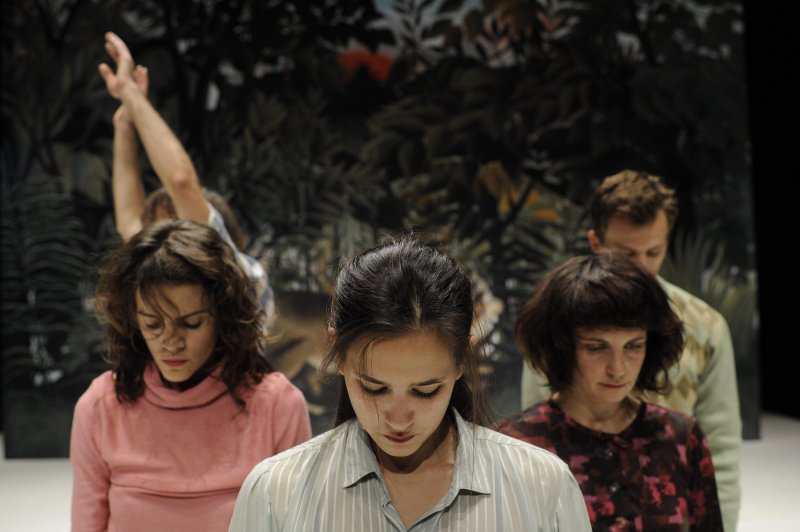 Matija Ferlin is an internationally acknowledged Croatian choreographer, dancer and performer who, among other things, actively participates in the Slovenian cultural milieu. His experimental work Other at the Same Time derives from Ferlin’s endeavour to reduce and eliminate dance conventions from dancing bodies and establish a theatrical frame that would allow him to practice and think verbal and physical language from common grounds. Ferlin strives to establish a different practical modus of art corporeality termed by him as a system that would expose the concreteness of the language of drama to the unexpected motion qualities created from the harmony of the actual community determined to spend a part of the summer camping together. Thus the realism and reality of an individual situation are available to Ferlin as abstracted motion material without dealing with its usual theatre probability and beyond its conventional (for example, description) styles of staging.