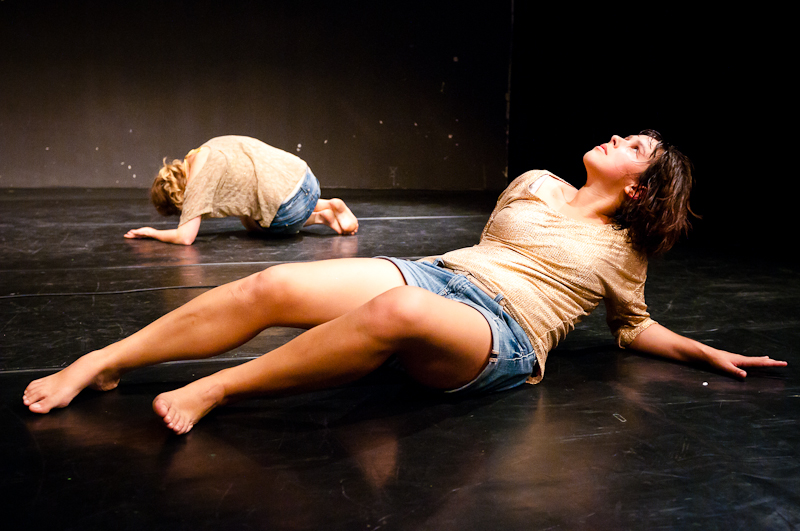 For years, Jasmina Križaj has been one of the most progressive choreographic figures on the Maribor dance scene. Together with co-author Cristina Planas Leitão, they create in the performance The Very Delicious Piece some sort of an inter-kinesthetic piece in which the spectators in a static position examine their persistent, harmonious, dynamic and fluctuating dance pulse. The performance is one of those choreographic works that in a thoughtful and clearly structured manner modulate our direct sensorial responses to the choreographic machine and could be – off the cuff – historically compared to sensory studies conducted in visual arts in the 1960s by op art. The rather ironic semantic frame of the performance deals mainly with the contextualisation of a direct aesthetic and sensorial experience usually registered by contemporary art as trash aesthetics.”Shaking is the physical expression of love – a default state. Banality is common to all…  The music is an external layer of memorable/personal rituals. Two glowing bodies radiating in 360º. Vibrating. This is not a love story!”