After this, therefore because of this 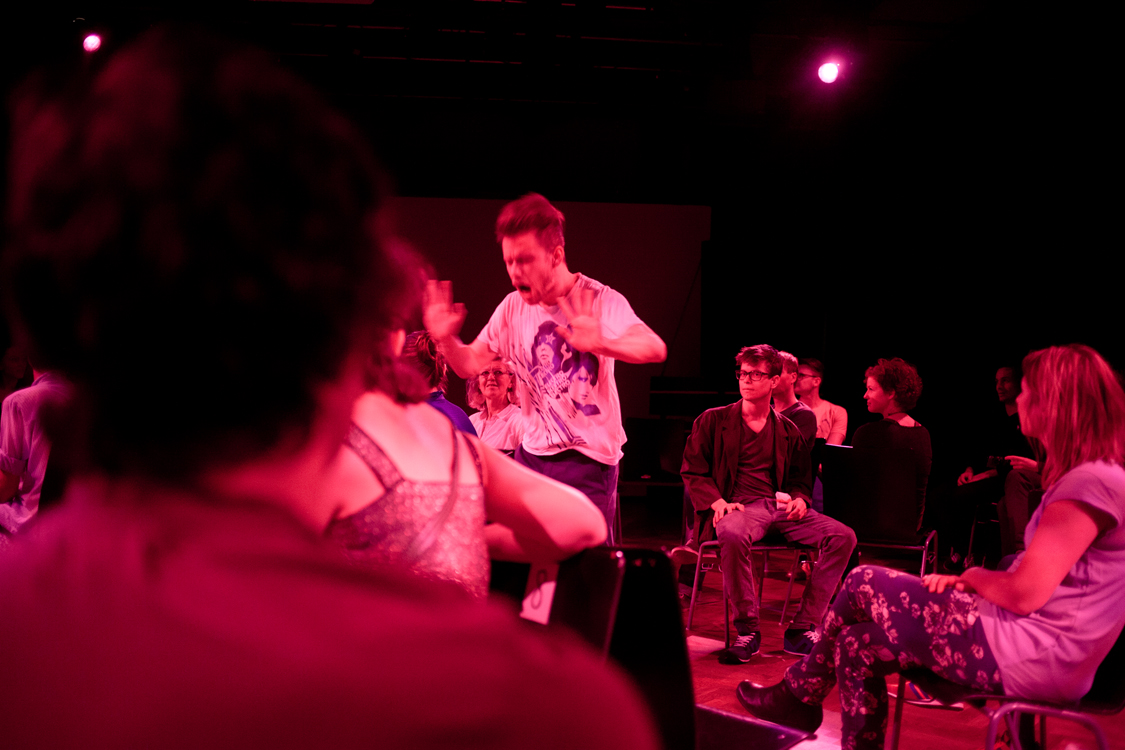 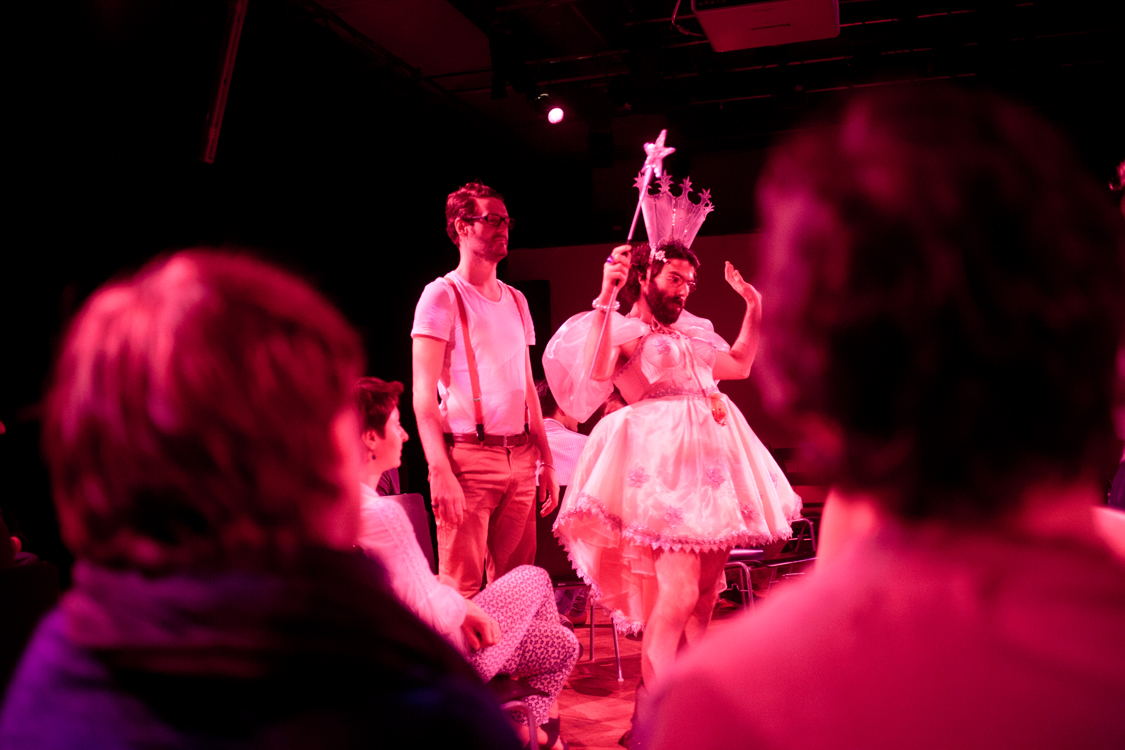 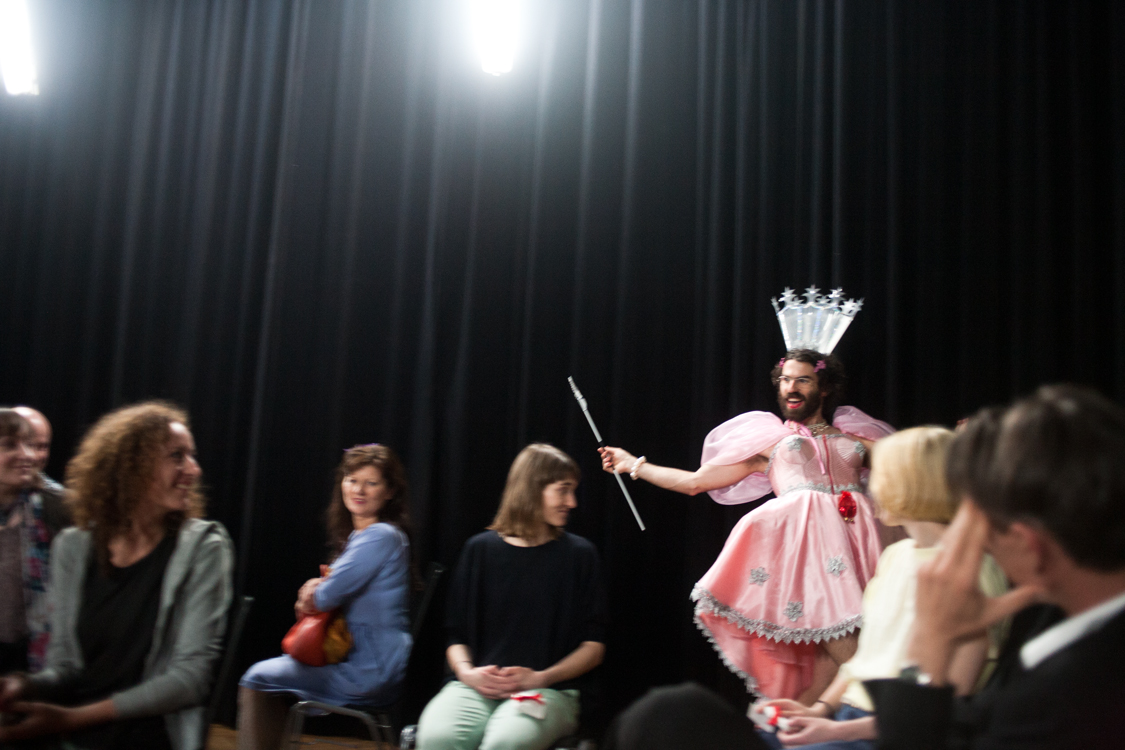 A participatory performance in which the dancers and choreographers Sebastijan Geč (Slovenia), Otto Krause (Austria) and Milan Loviška (Slovakia) together with the audience are constantly confronted with the rules of mutual collaboration, tackling the question of what collaboration is still possible today. The performance is conceived as a journey through a wonderland where all magic is fake and any companionship questionable whilst anything can happen along the way. Hence any mistake can be a reason to continue because eventually you always end up – somewhere.  It is based on the social game “Journey to Jerusalem” with magic rules and an unimaginable outcome that is due not to the system’s instability but human decisions. “Any resistance to the actual implementation of the performance might cause headaches or anxiety, which is calculated into the performance itself…” (Geč, Loviška, Krause)