This is not a hit 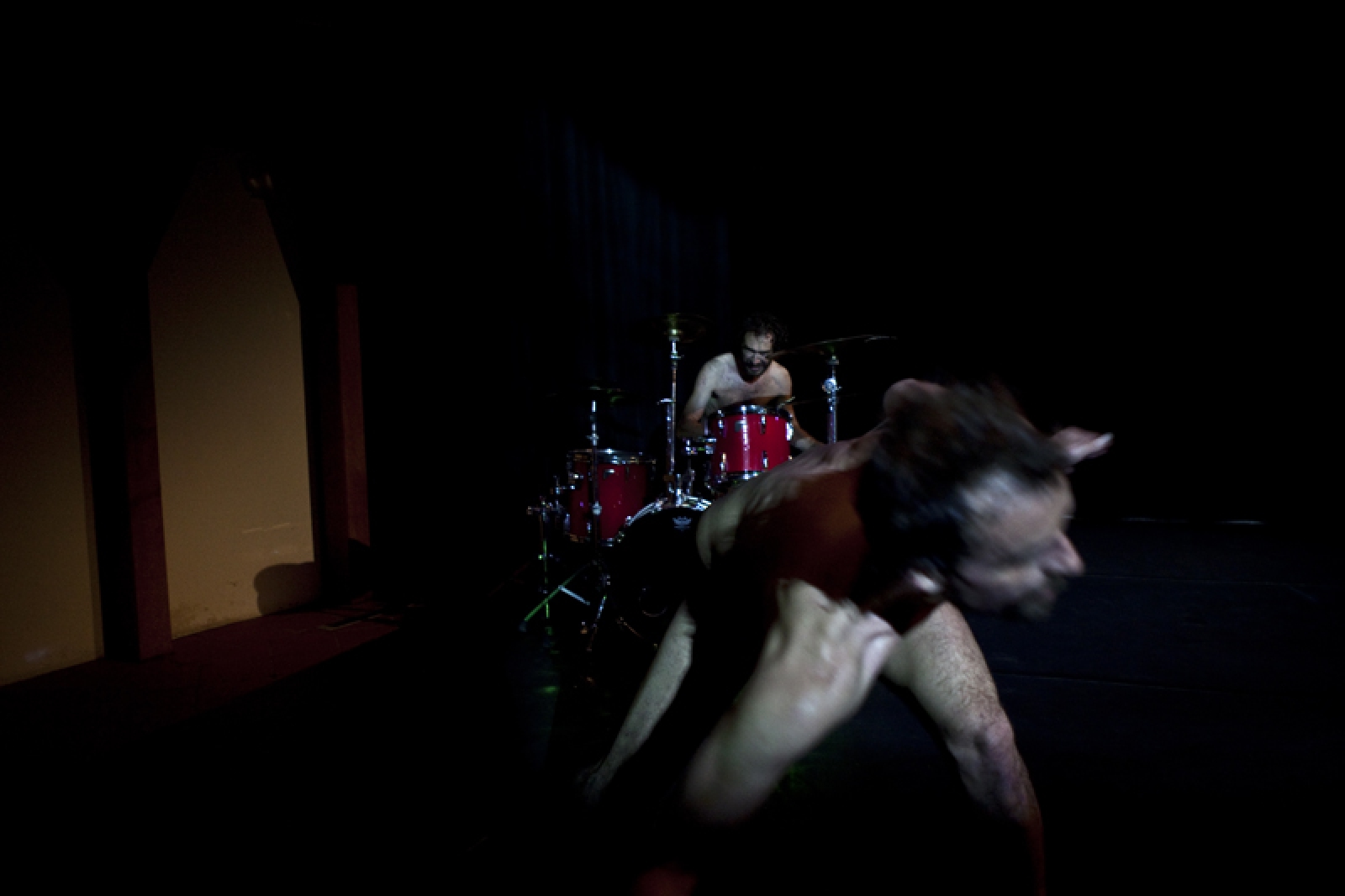 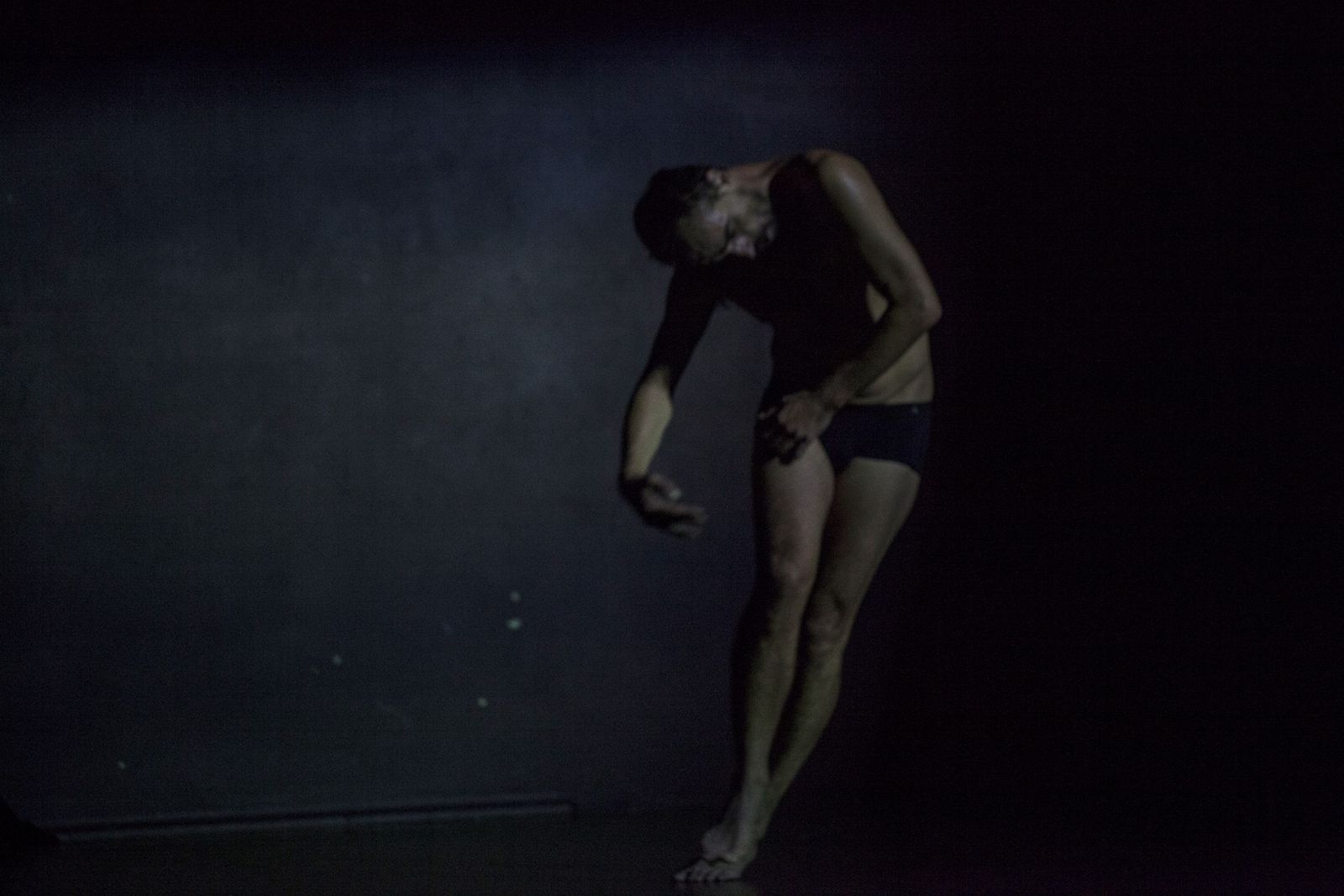 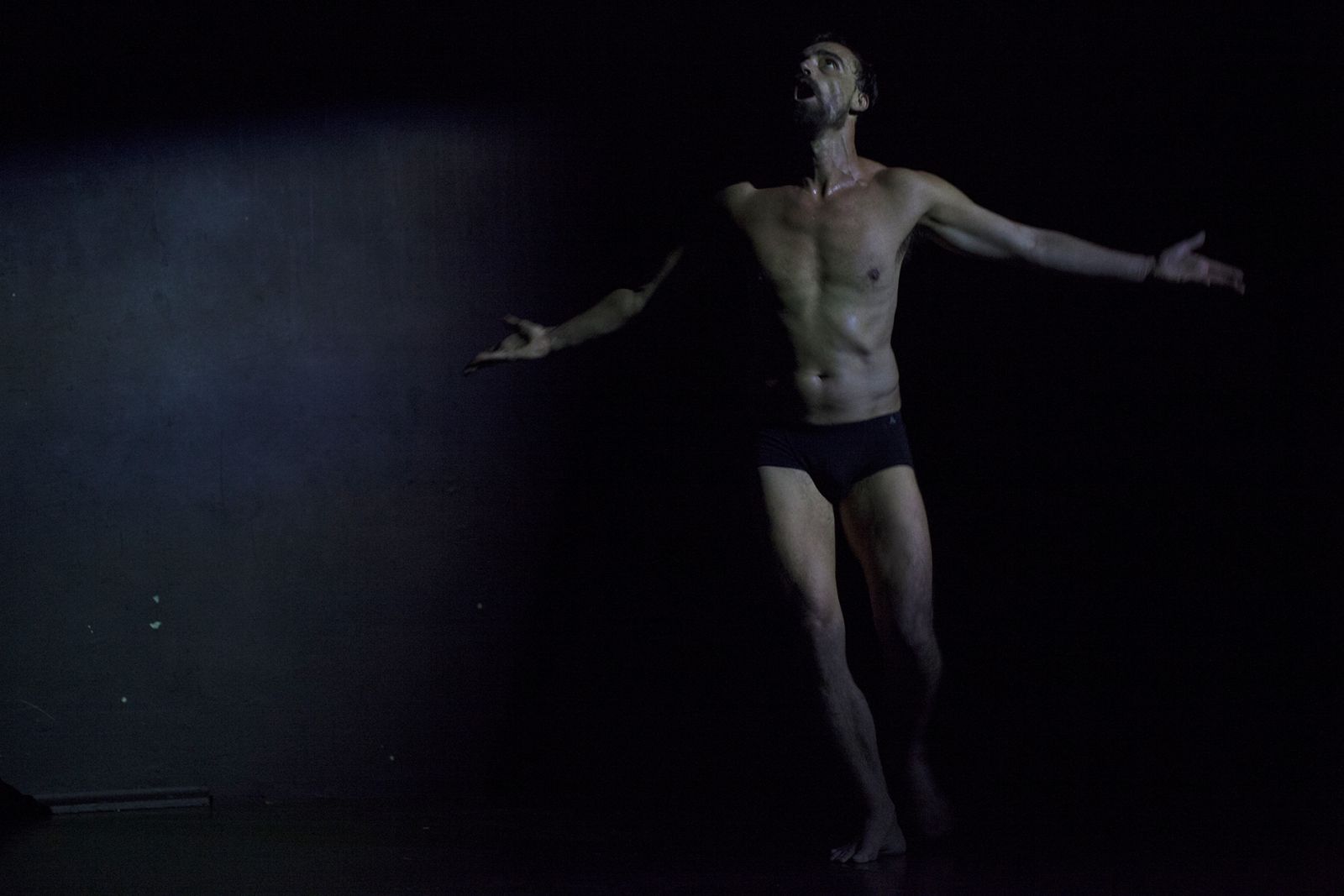 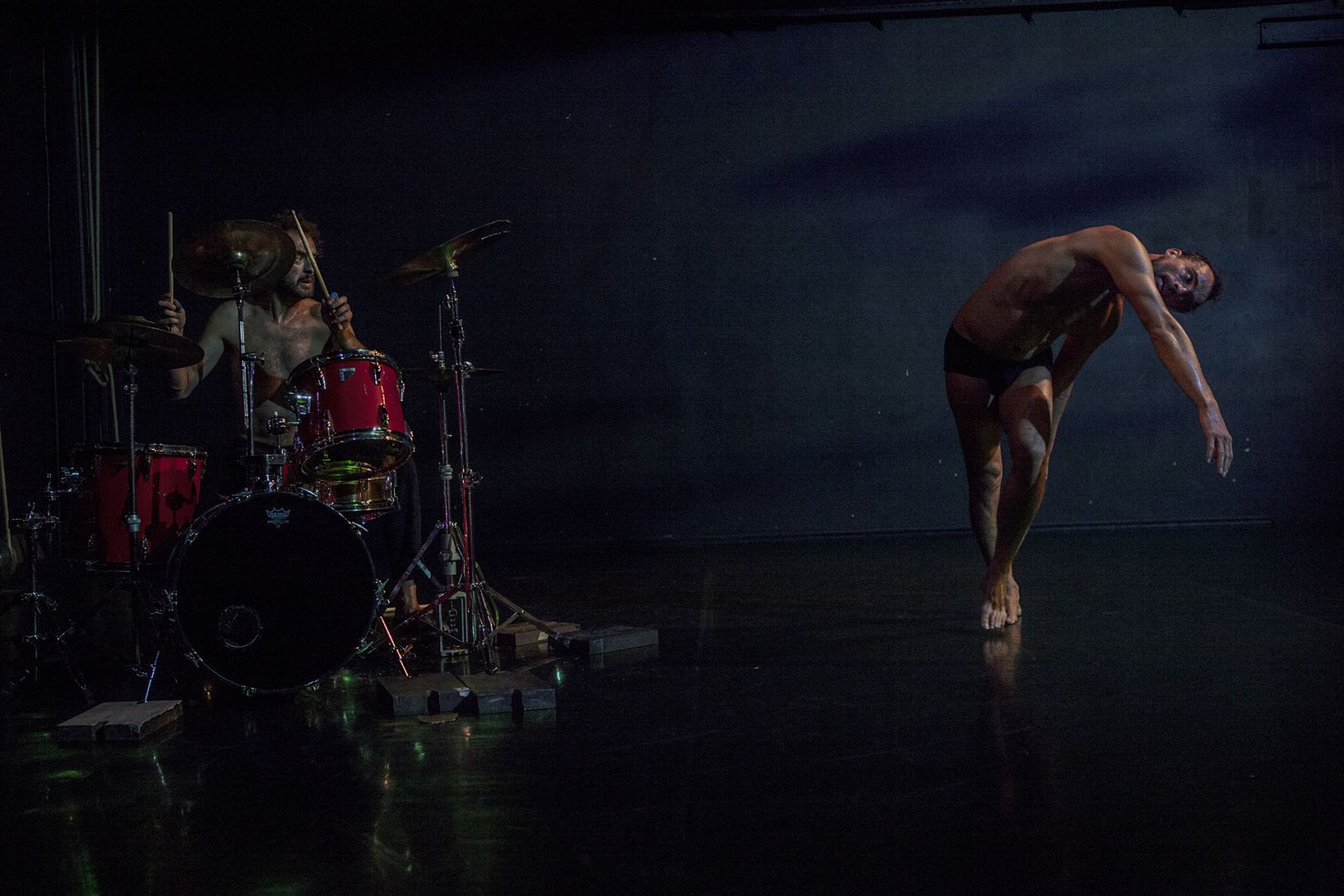 Hit under the belly

In this sound-physical performance, the choreographer and dancer Matej Kejžar returns to the body. To liberation from all connotations and representations and to persistence through exhaustion – which is both a driving force for movement and the production of pleasure. Kejžar who has recently mostly collaborated with the Rosas Group of Belgium, in tandem with drummer Marjan Stanic in an intense drumming tour-de-force lasting over one hour dismembers established rhythmic patterns so that he can hardly breathe or the spectator watch. The body becomes a rhythm, its pulsation constantly communicates with a set of drums, the sound of which dissects the space simultaneously delineated by Kejžar: “Today, the body is exhausted as it has already passed the limits of any connotation and in the meantime has become emancipated from matter itself. The issue isn’t new proposals but rather proposals that anticipate changes.” This Hit is the blow required for the space to shake and a thought to happen and its repetition introduces new spaces of the sensorial.