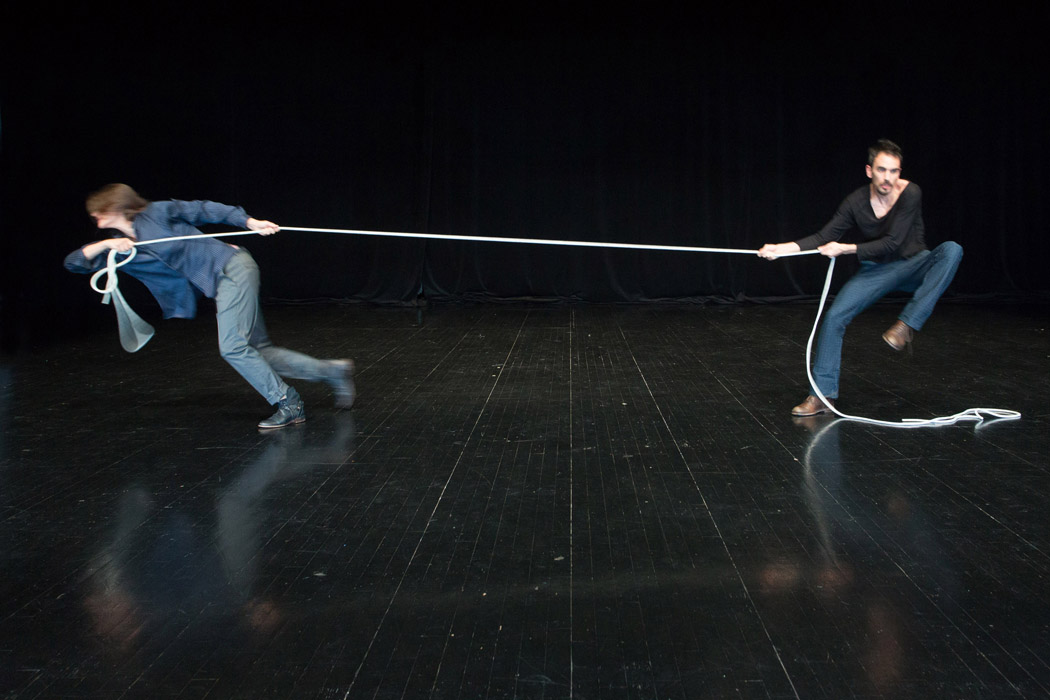 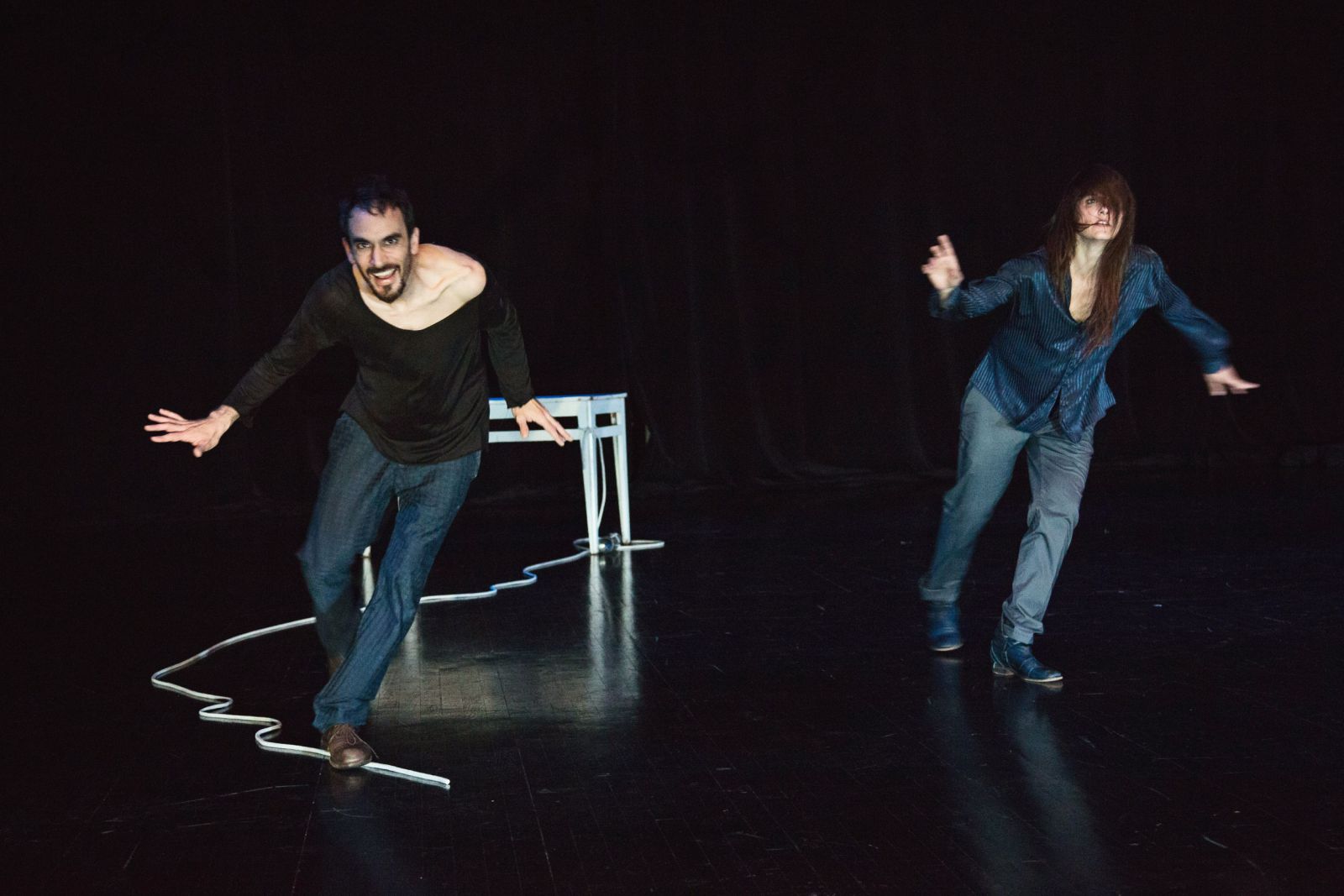 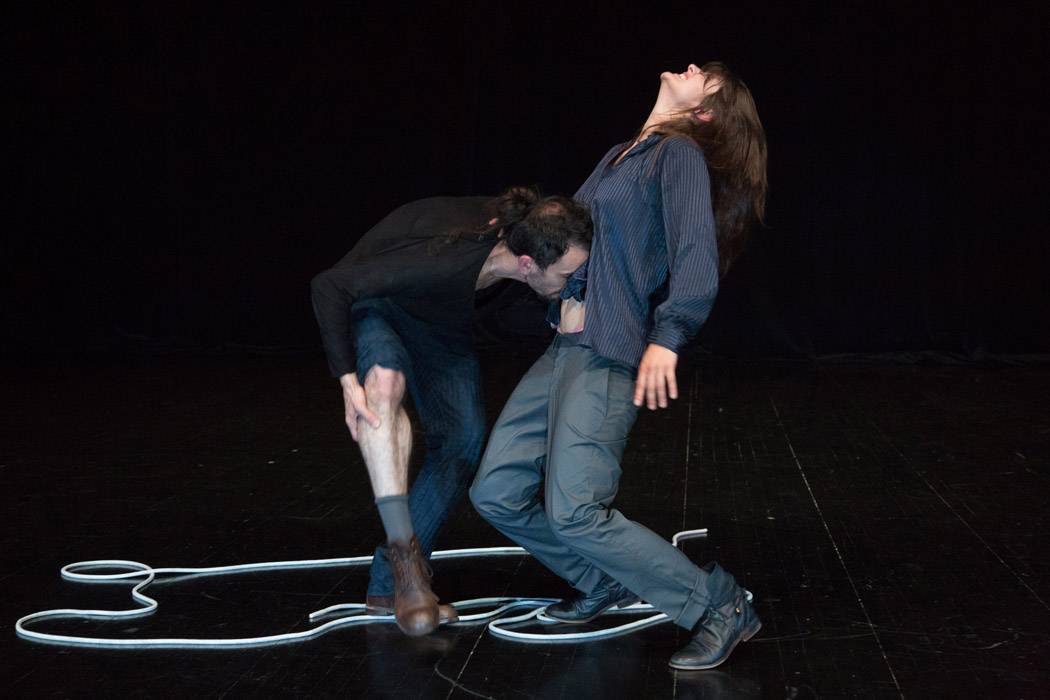 Metamorphoses 2°: No-place
Love is the answer – what is the question?

The Night of the Crisis

Today is Tomorrow’s Yesterday is composed of two duets related in their contemplation of time, desire, ideals, love, loss and death.  The tie that binds them is the confrontation of the void; the displacing of a dead-end moment with an attempt to jump to the other side. No-place is inherently impossible but it nevertheless exists, as a multitude of desires, as the primordial human phantasm extending in two directions: it is an individual’s founding act; the junction of performances serving the individual to construct their personality and their own projection into the future; the ideal they strive for. As such, this place is inherently utopian.Love is the answer, what is the question? invokes a situation where a man and a woman perform fragments that seem to emanate from their lives, their loves and their potential deaths. The interplay of these roles draws attention to tension and makes confronting the void visible. It is as if they are trapped in the middle of “the night of the crisis”, which could be both personal or global.