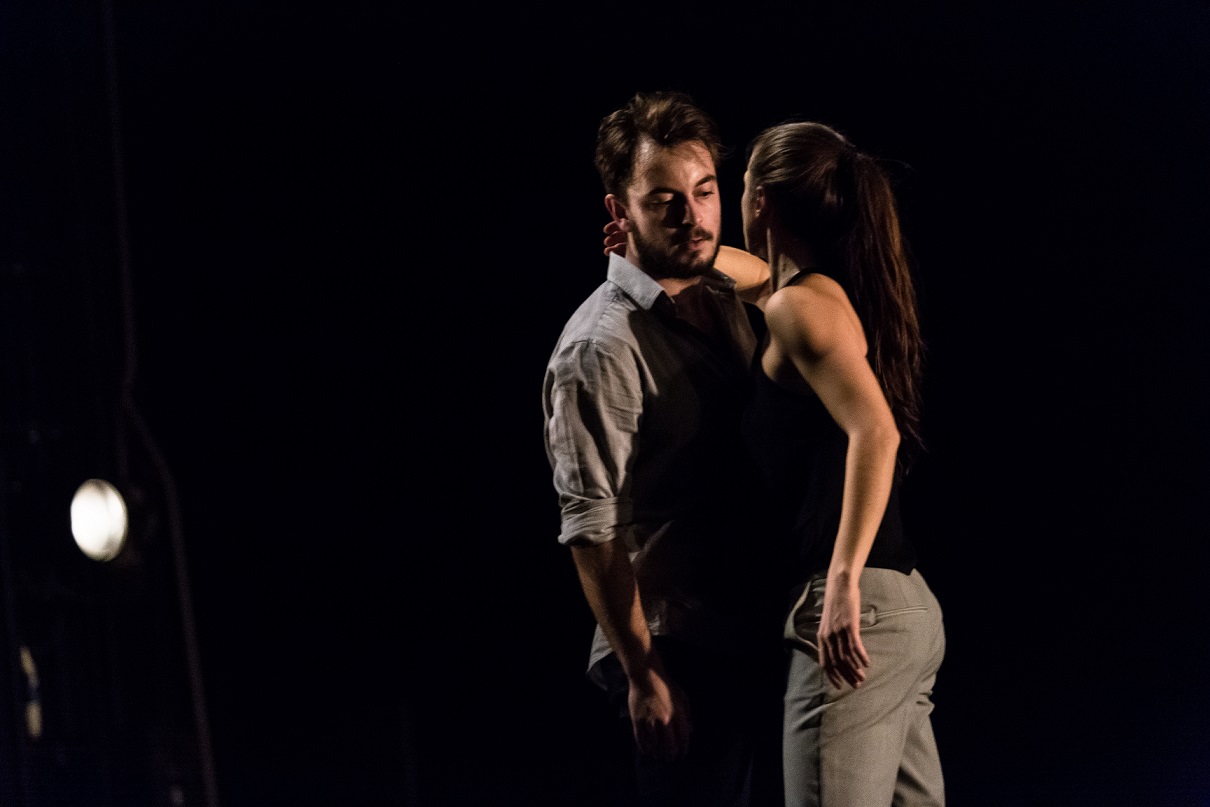 In Forms of Distance, Magdalena Reiter explores the states of detachment, abandonment, and individual and collective distances. The issue of alienation and absent presence as the inherent state of contemporary man is juxtaposed with the search for belonging and incessant attempts at building the present moment. The mechanism of memory is determined by incomplete pictures, images that come and go like the past fragments of themselves, like a mirror of a perpetually disappearing world. The relations of replacement, substitution or projection of/on the other fill the cracks in fragmented time, suspended between the past, present and future. Time and event are split, the individual remains a stranger in his own environment while the theatre – as nobody’s and at the same time everybody’s space – in every appearance enacts a new form of distance created together by the spectator and performer.

Magdalena Reiter is a Polish dancer, choreographer and dance teacher who lives and works in Slovenia. After completing the studies at the National Ballet School in Gdansk and P.A.R.T.S. (Brussels) she was a choreographer in a number of independent productions as well as Polish Dance Theatre – Poznan Ballet and the Bodhi Project. Her works have received awards in Slovenia and abroad. As a choreographer she has collaborated in theatre, film and opera productions (with Mateja Koležnik, De Tijd, Janez Burger, Matjaž Berger, Steven van Watermuller at the Flemish opera). As a dancer she has collaborated with Johanne Saunier, Mateja Bučar, Matjaž Farič, etc. Reiter works as a dance teacher and a mentor (Austria, France, Belgium, Poland, Slovenia). She is the founder and artistic director of Mirabelka productions and VIBRE – international summer dance workshops in Ljubljana.