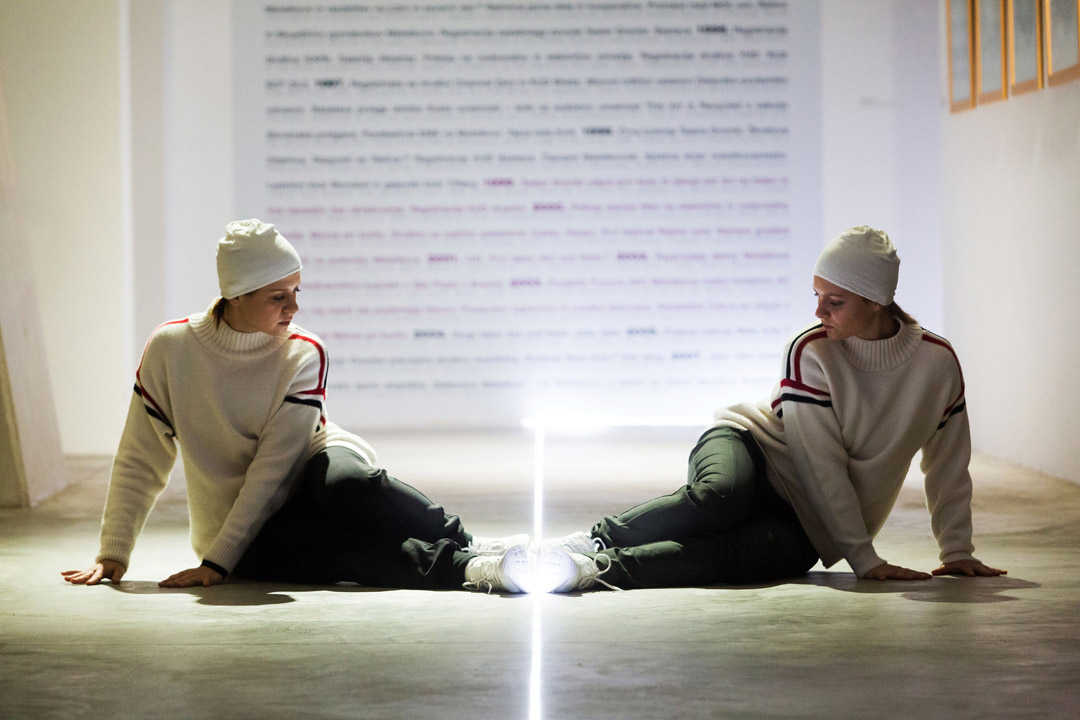 Every line always knows how it came to be. To generate or maintain a line there is always a preordained level of intersection justifying it, a partition through the world, mental or physical. However as the powerful “divine” cuts have been exhausted, why don’t we go now  straight on to the simple challenging cuts begging to be made, through the nose or through the face … We never know whether the start of a line is a continuation of a previous one or the beginning of a new one.  Lines are Arabesques of chaotic fissures in primary surfaces, ones which are not possible in every world. There are conceivably worlds in which there are no lines and no Arabesques either… As soon as we draw a line, we are compelled to create arguments — to ‘argue’, we have to be fast to justify the line and interpret it in a particular manner. The line promises a voyage to the interior “to the centre of the world” However teasing itself out and unifying again, it does not fulfil this promise. Or does it? And each of the lines we draw could be the very line which damns the world to end.

Mateja Bučar (1957, Novo mesto) completed ballet school in 1974 and continued her studies in classical and contemporary ballet techniques at the Centre de Danse International Rosella Hightower in Cannes (France) in 1978/79. She got employed in the SNG Opera in ballet in Ljubljana in 1980 and for 24 years danced in nearly all performances. In 1986 she joined Dance Theatre Ljubljana, founded two years before by Ksenija Hribar. She danced in her performances Alpine Daydreaming (1986), Nostalgia (1987), The Return of Odysseus (1988) and Komemoracija-Posušene solze (1996). In addition, she danced in a number of Dance Theatre Ljubljana productions as well as Matjaž Farič performances. Between 1986 and 1992 Bučar, among other things, participated in projects and workshops conducted by choreographers Arthur Rosenfeld (Rotterdam), Donna Uchizono (New York), John Jaspers (New York), Fatou Traore (Brussels), and the William Forsythe Company (Frankfurt). In the 1980’s and 90’s she collaborated with the Egon March Institute as a choreographer and protagonist of a series of performances both in Slovenia and abroad. In 1999 she founded DUM, the association of artists where she has been together with Vadim Fishkin and Tevž Logar (before Gregor Podnar) active to this day.