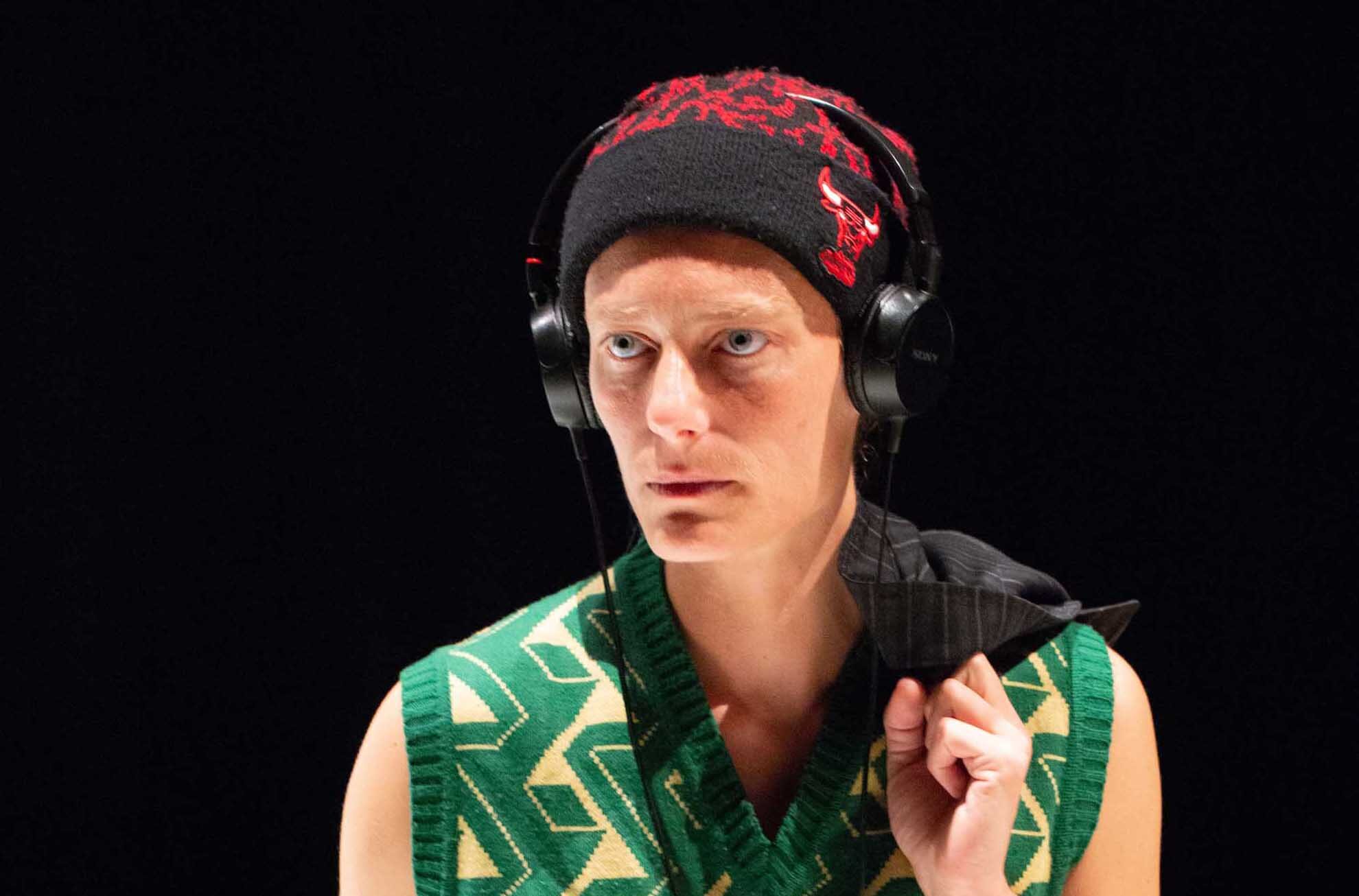 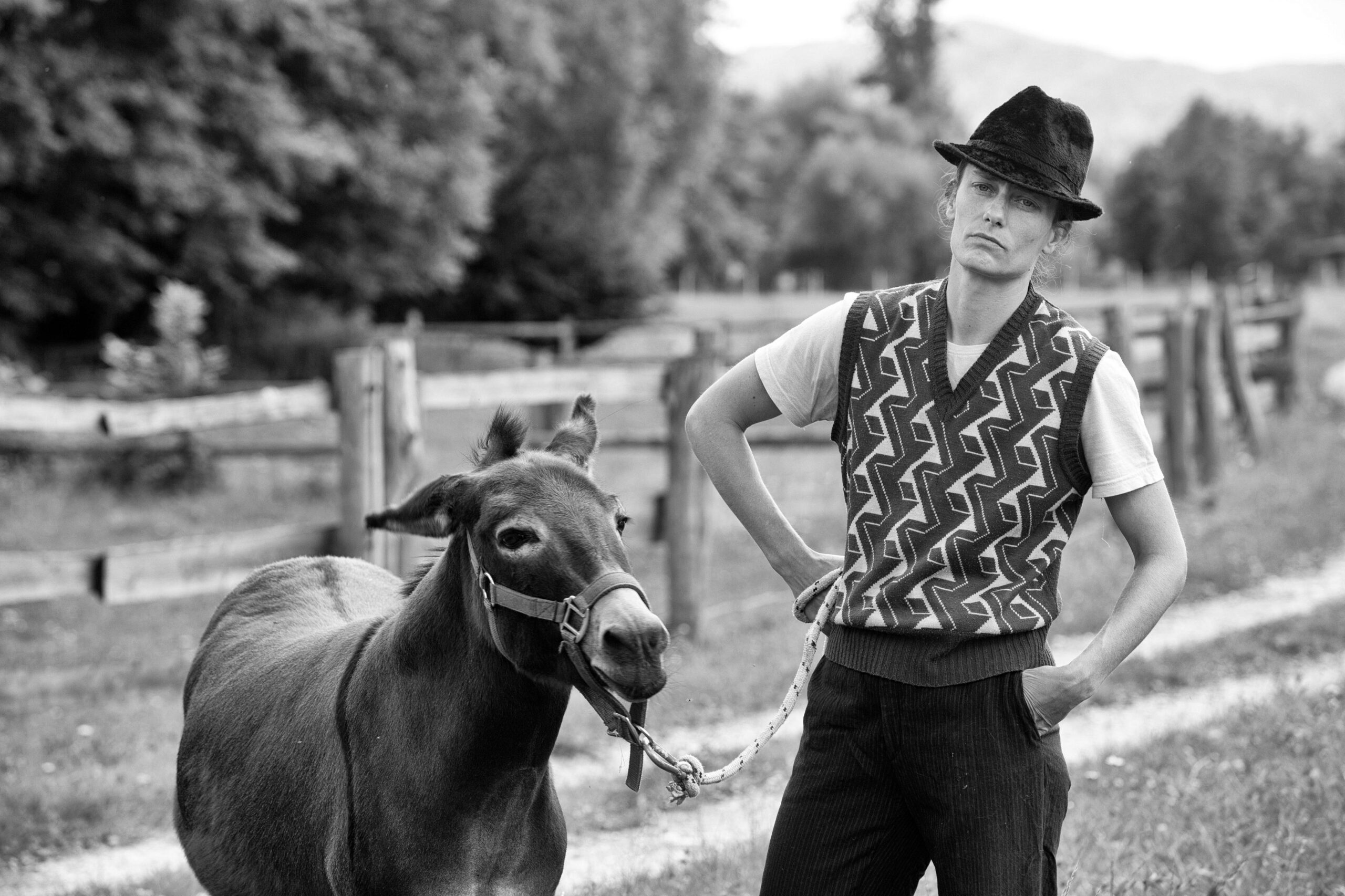 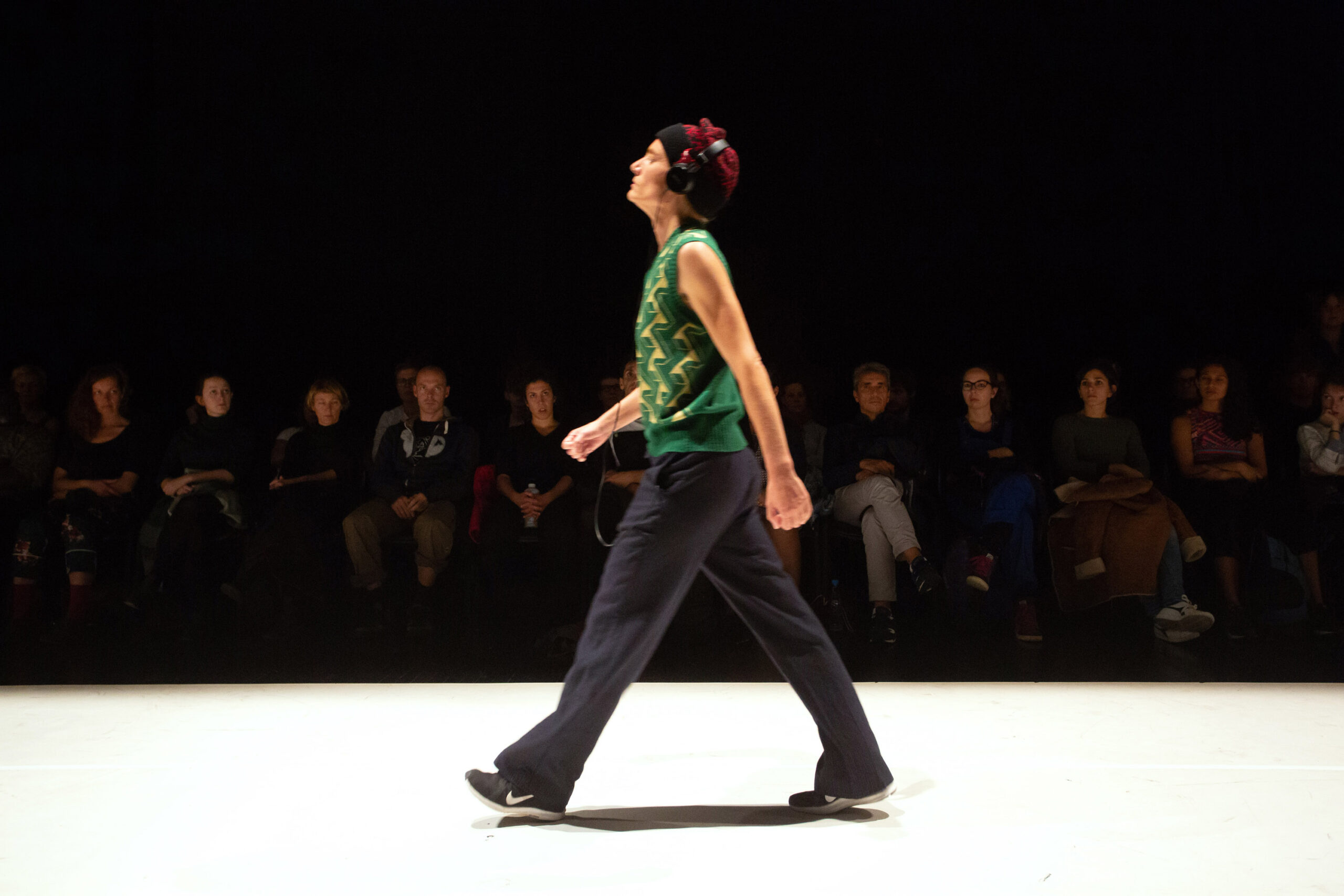 Sonny is a dance theatre performance that appears as an attempt at anthropological research of a specific phenomenon in a performative form. It is a stunned fascination with the images and stories of sworn virgins from remote parts of Montenegro, Albania, Kosovo and Metohija. It is a hole in the system that maintains the very system. It is a drag that concerns the issues of survival in the male world, asking us what kind of world we live in when sexism is still alive. A woman is undesirable. “A woman is a sack made to endure,” says Kanun, the medieval code of Lekë Dukagjini from northern Albania and Kosovo. And whenever she goes to Montenegro, Nataša’s close relative affectionately says: “Sonny!” Critic Muanis Sinanović writes: “In addition to being a performance for women, Sonny is, also a show for us: immigrants, the second generation, and for us who believe. And for us men, who take being men for granted. Sonny is embarrassing us with every minute, and rightly so.”

Nataša Živković is a dancer, performer, choreographer and mentor with an impressive history of artistic collaborations and solo performances. She has been collaborating with Via Negativa since 2006 and has co-authored numerous projects produced by the Emanat Institute and the City of Women. In 2009, she received the Golden Bird Award for her debut First Love’s Second Chance (To Get Over by Nace Junkar) produced by the City of Women, as well as for her achievements in the field of dance and theatre. In 2016, she co-authored the performances If You’re Happy (Bunker), In the Back of Time (Ljubljana Puppet Theater) and Just In Appearance Sometimes As Everyone Else (Emanat). Her solo performance Sonny (2018) won the main ACT Award at the 2019 ACT Festival in Bilbao. In the words of the jury, it was an exceptional physical and textual interpretation of the power that history transfers to us. In 2019, Nataša Živković also won the Ksenija Hribar Award for outstanding achievements in the field of contemporary dance.

Duration of the performance: 40 min