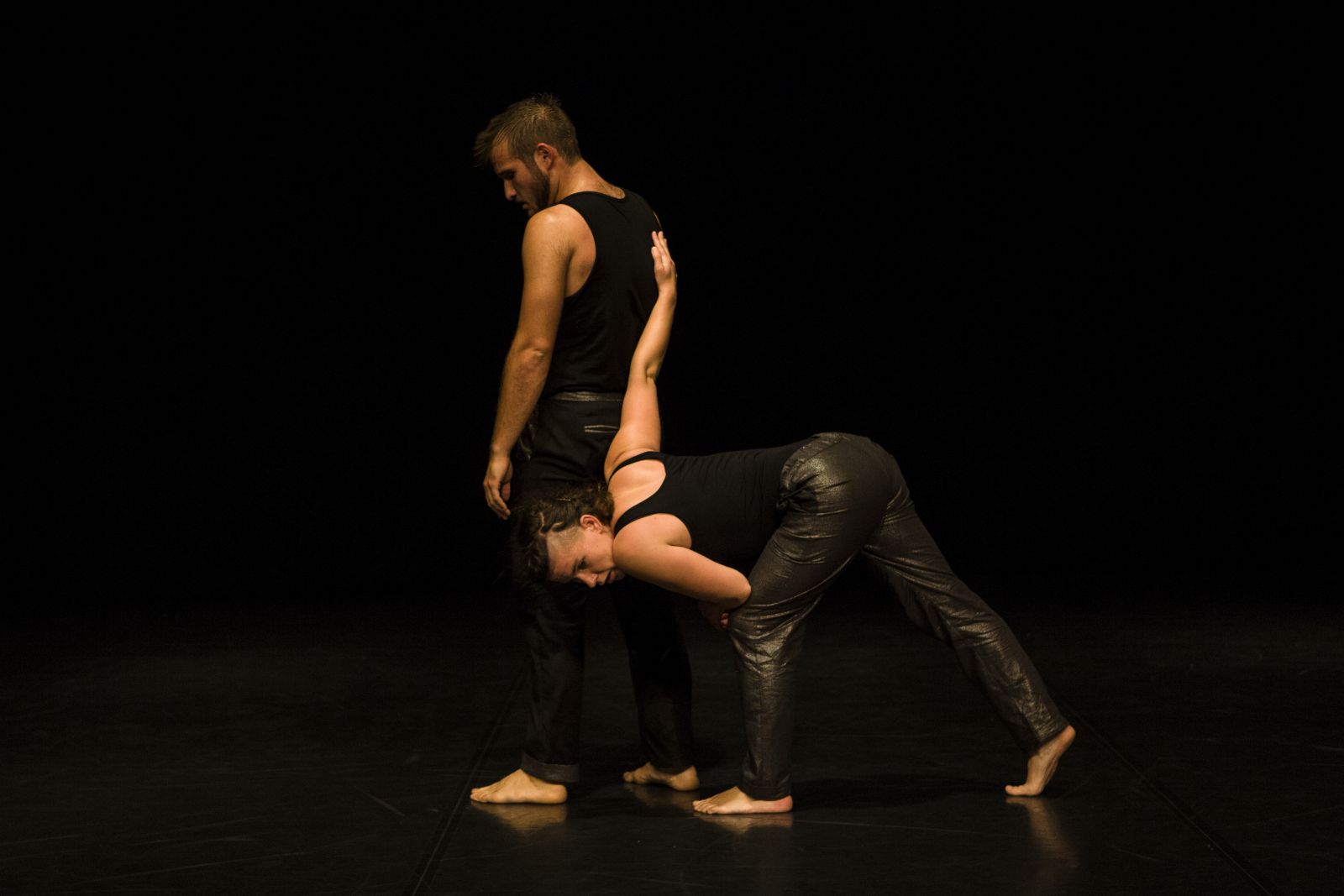 The bodies on stage looking for a common language that unites them and at the same time creates a distance between them; the connection between them flows through the repetition of the movement in space and time, which forms a relationship of emergency, and creates a concert by listening to each other. How does my arm sound when I move it, how does your leg sound when I move it, how do we sound when we meet in a touch? The vibration that triggered the process of thinking originates both from the daily exposure to stimuli and from physical injury and rehabilitation of the body by means of sound frequencies. With their different qualities of movement and methods of expression, Ana Romih and Beno Novak share a common interest in the development of a dance language based on vibrations and shifting of time, and they combine this in a communicative way. The performance is in the form of a concert, where the two bodies are mainly each other’s – instrument.

“Have you ever wondered if the body has a melody? Or how does in sound like when you move your arm? The debut performance by the two dancers has already answered this question to those who experienced it at the Secondary Preschool Education and Gimnazija Ljubljana on Kardeljeva ploščad.” Urška Krišelj

Ana Romih (1991) began dancing at the age of eight at KD Qulenium under the mentorship of Saša Lončar. When she was fourteen she enrolled in the Secondary Preschool Education and Gimnazija Ljubljana, contemporary dance programme, and continued her education at the School for New Dance Development in Amsterdam, where she graduated in 2014. In addition to dance expression, she is also interested in theatre and performance, namely various forms of transformation, identity, and pushing the limits through movement. As a pedagogue, mentor and choreographer, she is also working and creating within KD Qulenium in Kranj and Ljubljana.

Beno Novak (1991) is a dance, choreographer and cofounder of KD Qulenium Ljubljana. In 2016, he graduated from contemporary dance and performance at Salzburg Experimental Academy of Dance (SEAD). Shortly thereafter, he was invited to join Tisch Dance (University of New York) and dance academy The Place (London). In 2017, he helped Jason Mabana launch a charity project Requiem for Aleppo in order to raise money for the rebuilding of Aleppo, Syria. Between 2017 and 2018, he danced in the performance Coal (Gary Clark dance company) which received numerous awards. In addition, he actively participates in the organization and realization of the Kaleidoscope Festival in Kranj and Ljubljana and at the Summer Intensive Portugal Festival, and he also works as an independent artist.