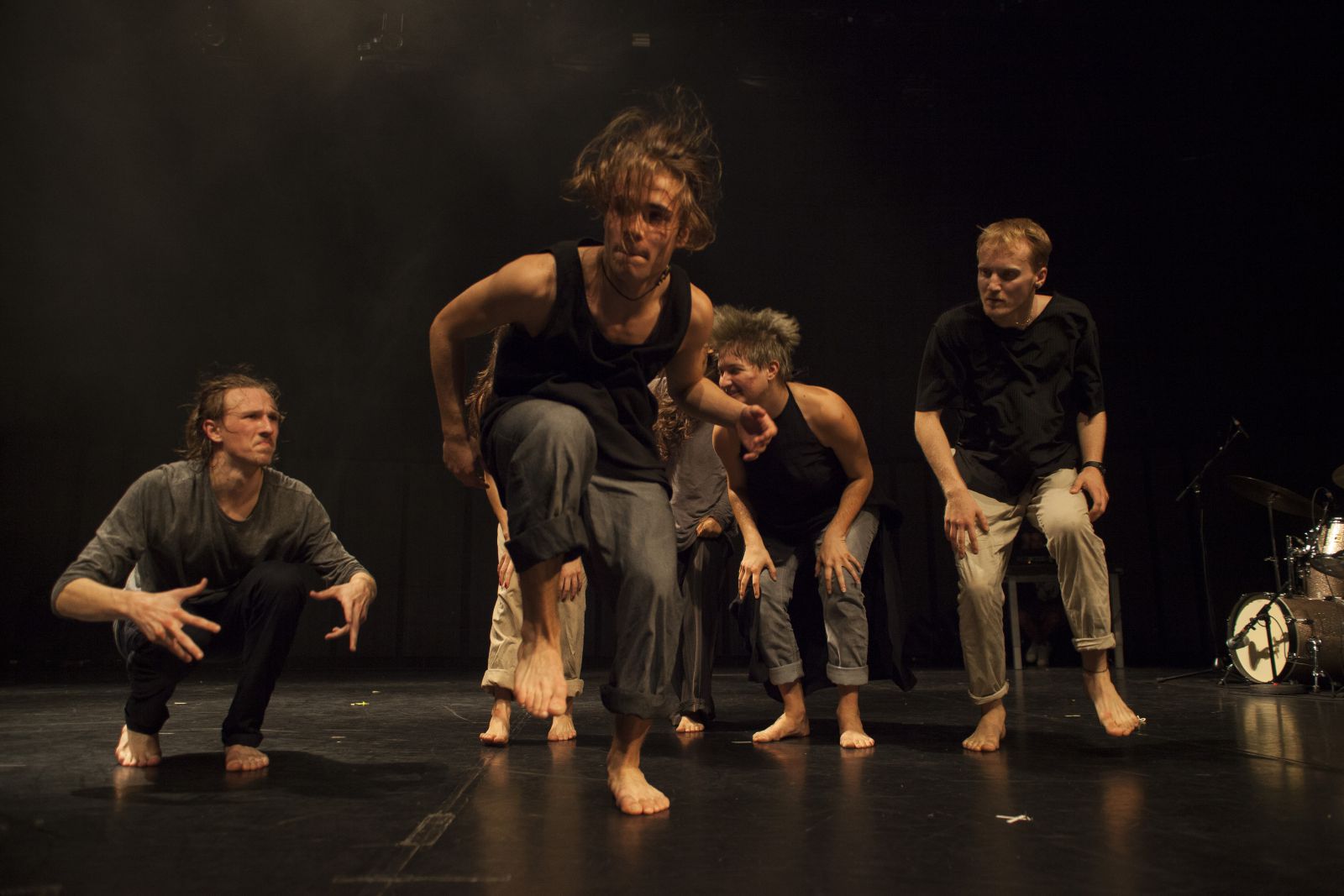 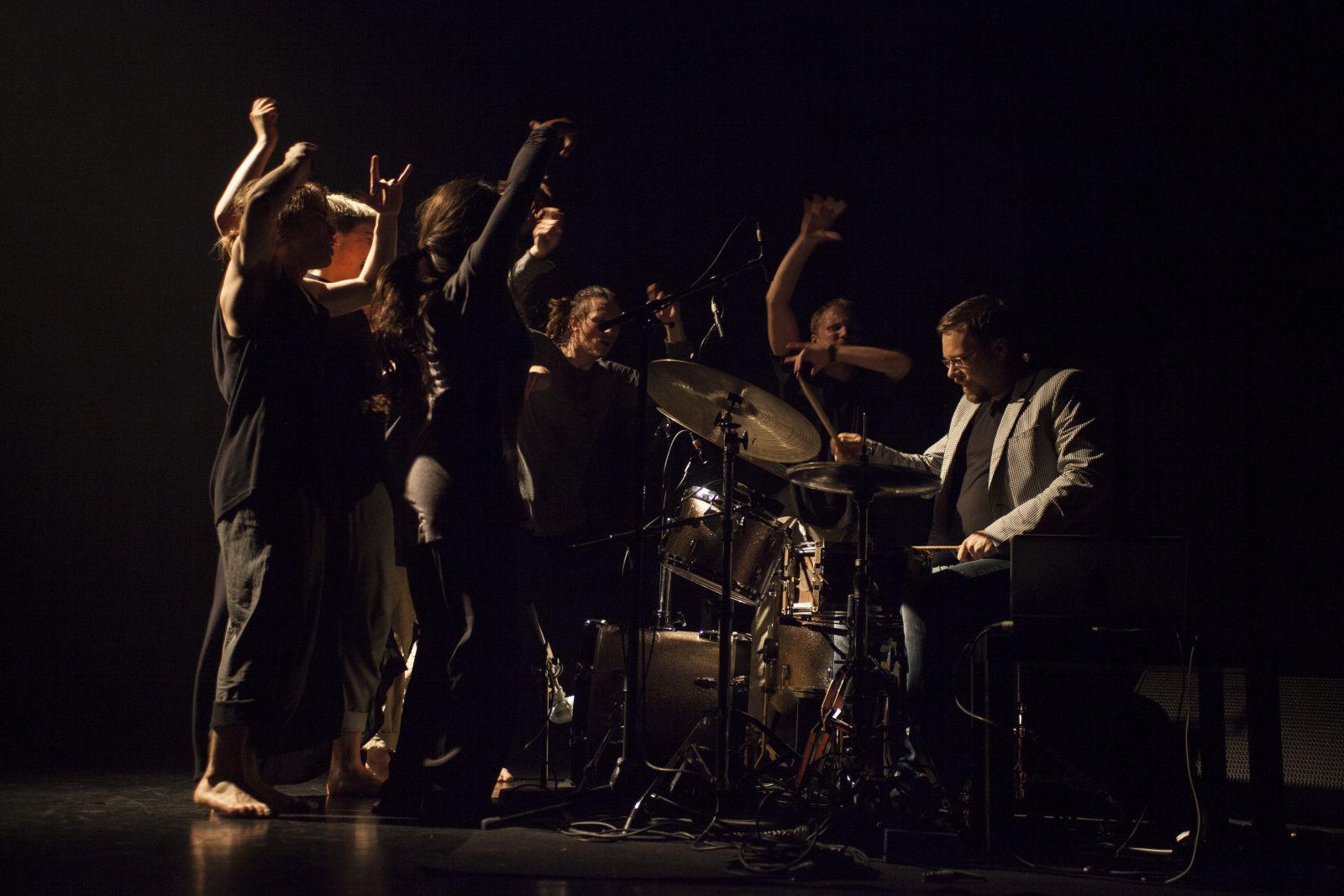 The incredible connection of the chorus of “neurodynamic movers” (to use the term coined by Dragan Živadinov) can be read through different modes of organic connection between the performers and co‑creators on the one hand, and between space, light and music on the other. Right in front of us, an chorus of “free dancers” or Chorus, which keeps braking and reassembling throughout the show, and is finally assembled directly through interaction / intervention of the urban movement based on the idea of the Chorus as a commentator of common human dilemmas. The movement that emerges from this “speaks” the language of a certain new flexibility, chameleonic physicality, and direct codependency – of human in the world, and of the world in human.

“A brilliant generational launch in front of us. Everything in this performance was connected to their title – Chorus.” Dragan Živadinov

Žigan Krajnčan (1995) is a choreographer, dancer and performer, who actively performed in various projects by Slovenian choreographers, musicians and director since his elementary and high school days, as well as later on. Among other thing, he collaborated as a movement advisor with Academy of Theatre, Radio, Film and Television, Ljubljana City Theatre and Slovene National Theatre Drama Ljubljana. Gašper Kunšek (1997) began his dancing career at 4 and has since had numerous successful performances in competitions both in Slovenia and abroad. Later, he came across music, contemporary dance, interdisciplinary projects, street performances, dance duels, and since he was 13, he has been developing his artistic expression in cooperation with Žigan Krajnčan. Together, they are performing around the world with their original duet Alien Express, created in 2016, and in 2017, they co‑created original project Chorus together with Jan Krmelj. Also in 2017, Žigan and Gašper won the Ksenija Hribar Award for promising dancers, and in 2018, they opened dance and movement school “Scena”.