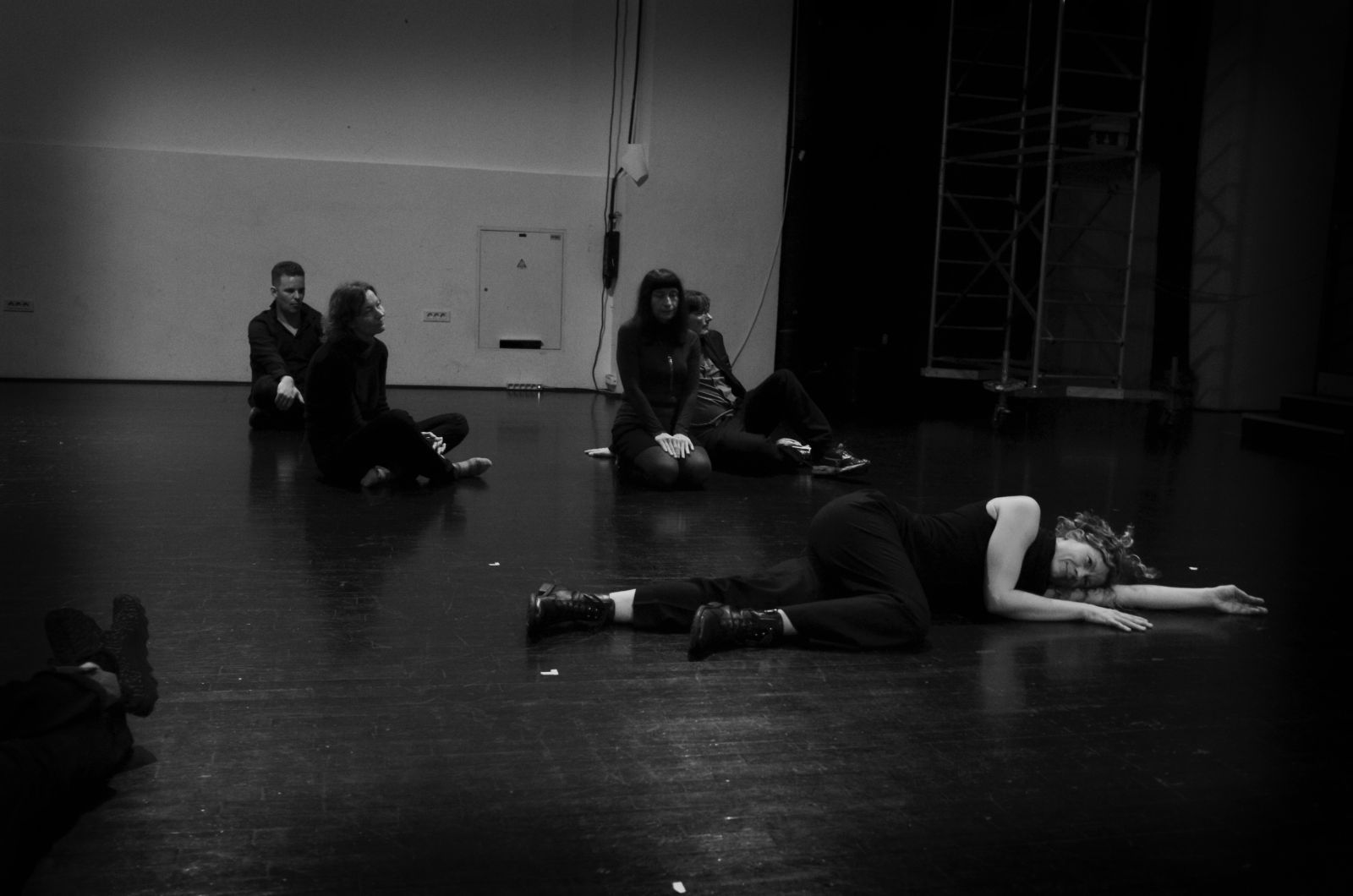 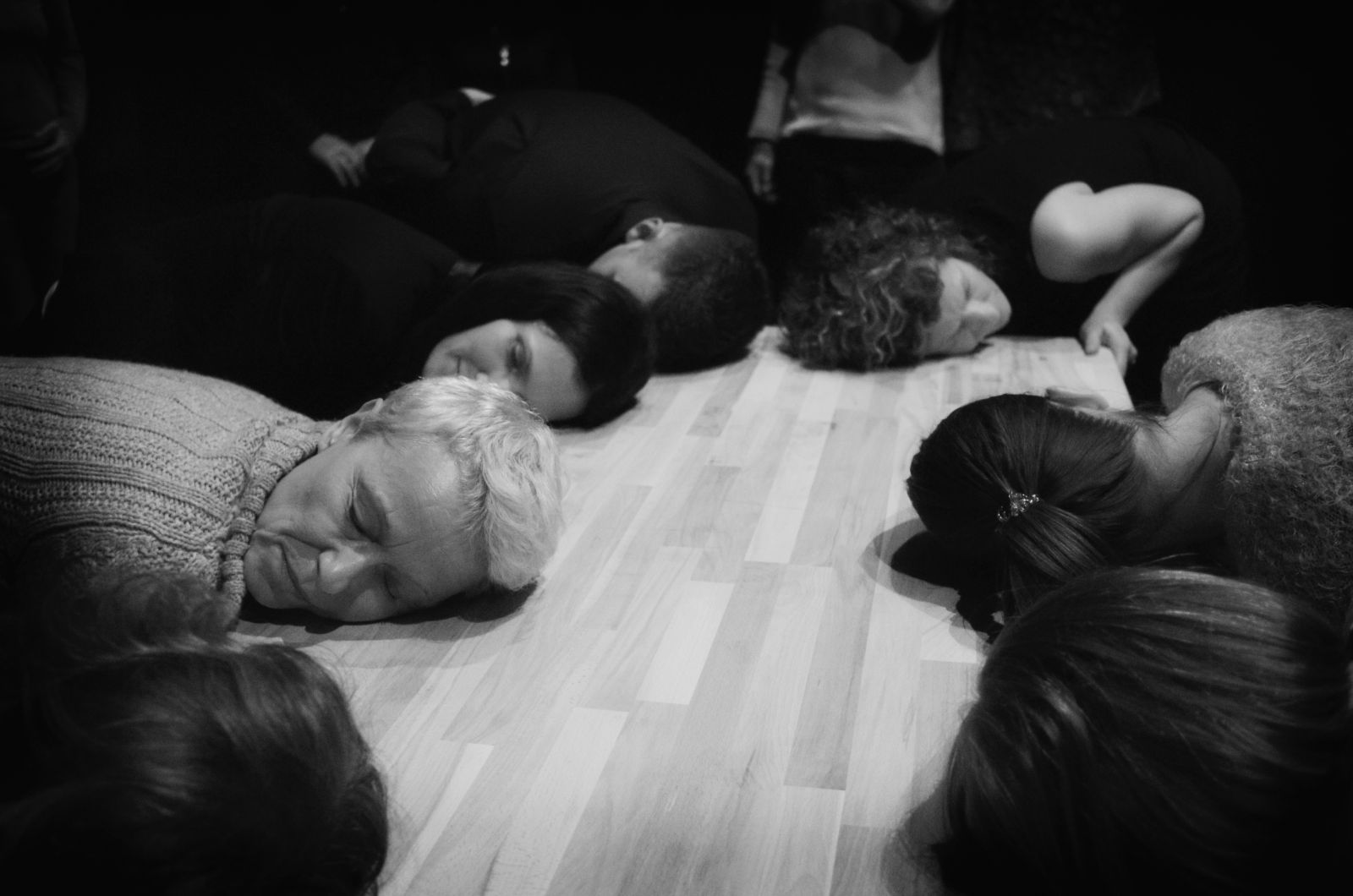 The performance Poíesis of Self is a follow up phase of process initiated by Snježana Premuš with Physical Manifestations in the period 2012–2015. In a series of presentations of study processes led by the choreographer with different dancers, audience of different profiles, professions and disciplines were invited to participate with a view to establish together how the physical creation of the perception images is expressive, what it produces, how it reads, and what may remain invisible to the eye. Dance critic, historian and contemporary dance archivist Rok Vevar also participated in these presentations and discussions. In 2016, Premuš and Vevar decided to lock themselves in the studio and start sharing their practices with each other. The performance Poíesis of Self, which arose from these meetings, is structured in a series of situations in which the non-invasive activity of the audience and performers is subject to experiential possibilities of converting the body into language and vice versa in places where a body is always already a language, and a language is a resource of the body.

“The dance ‘performance’ Poíesis of Self, created by dancer and choreographer Snježana Premuš̌ in co-operation with dance theoretician Rok Vevar, could be described as a fluid installation of moving, sentient bodies in space.” Nika Arhar

Snježana Premuš has been present on the Slovene scene since the mid‑1990s and is recognized as an author focusing on body and the issues of bodily presence, its ephemerality. and dance writing. She put herself on the map of Slovenian contemporary dance scene with a series of performances entitled Amplified body, with research in the field of the physical, part of which was her solo performance Move As. Since 2012, she has been working on a major project which falls under her mature creative period, combining all her previous experience and dealing with the issues of embodied thinking. In the same year, she also carried out her first project Intelligent Body, followed by a short dance film of the same name and the presentation of the project Physical Manifestations in 2014. She received Ksenija Hribar Award for original work and exceptional contribution to the contemporary dance in Slovenia at the Gibanica Festival 2017.