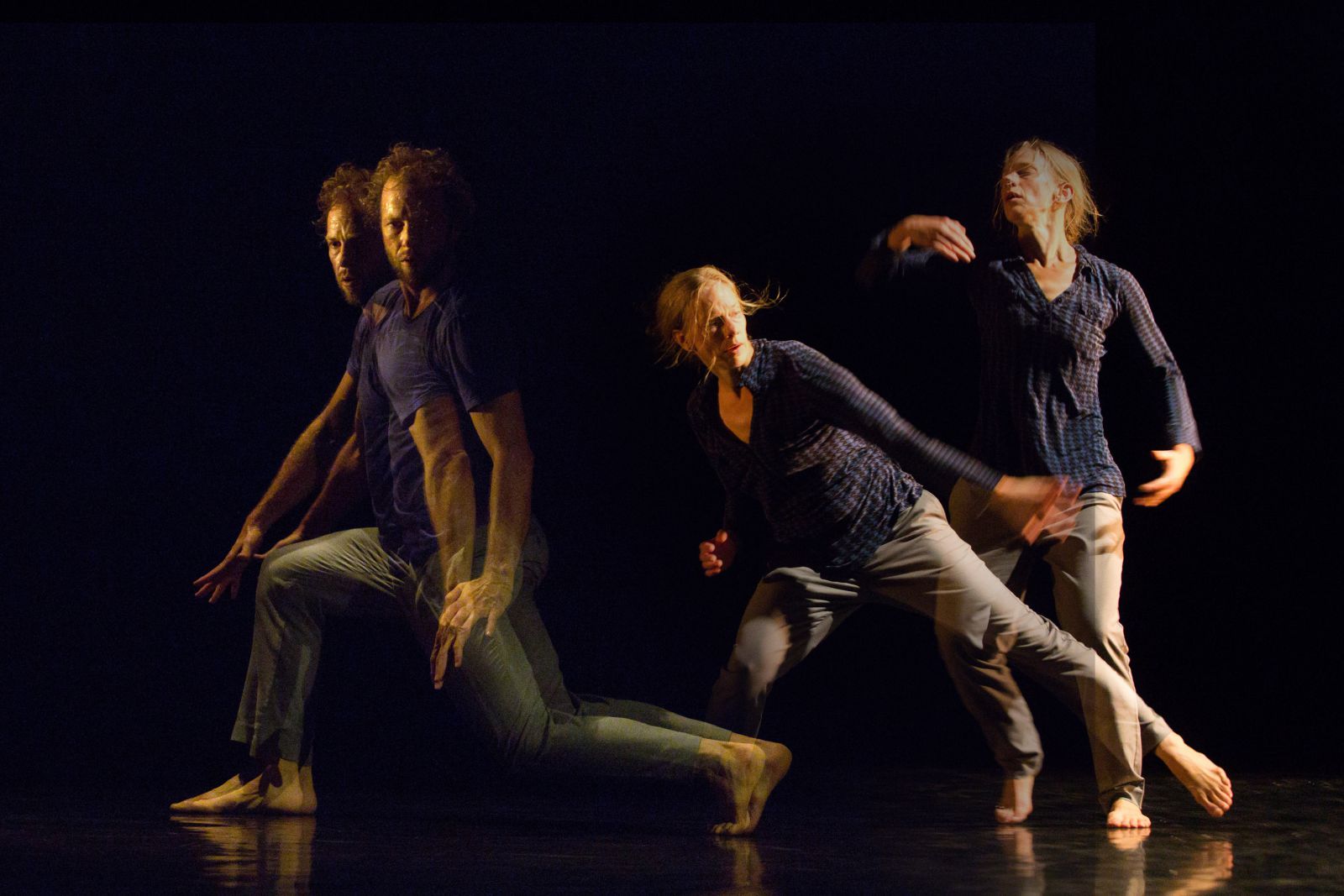 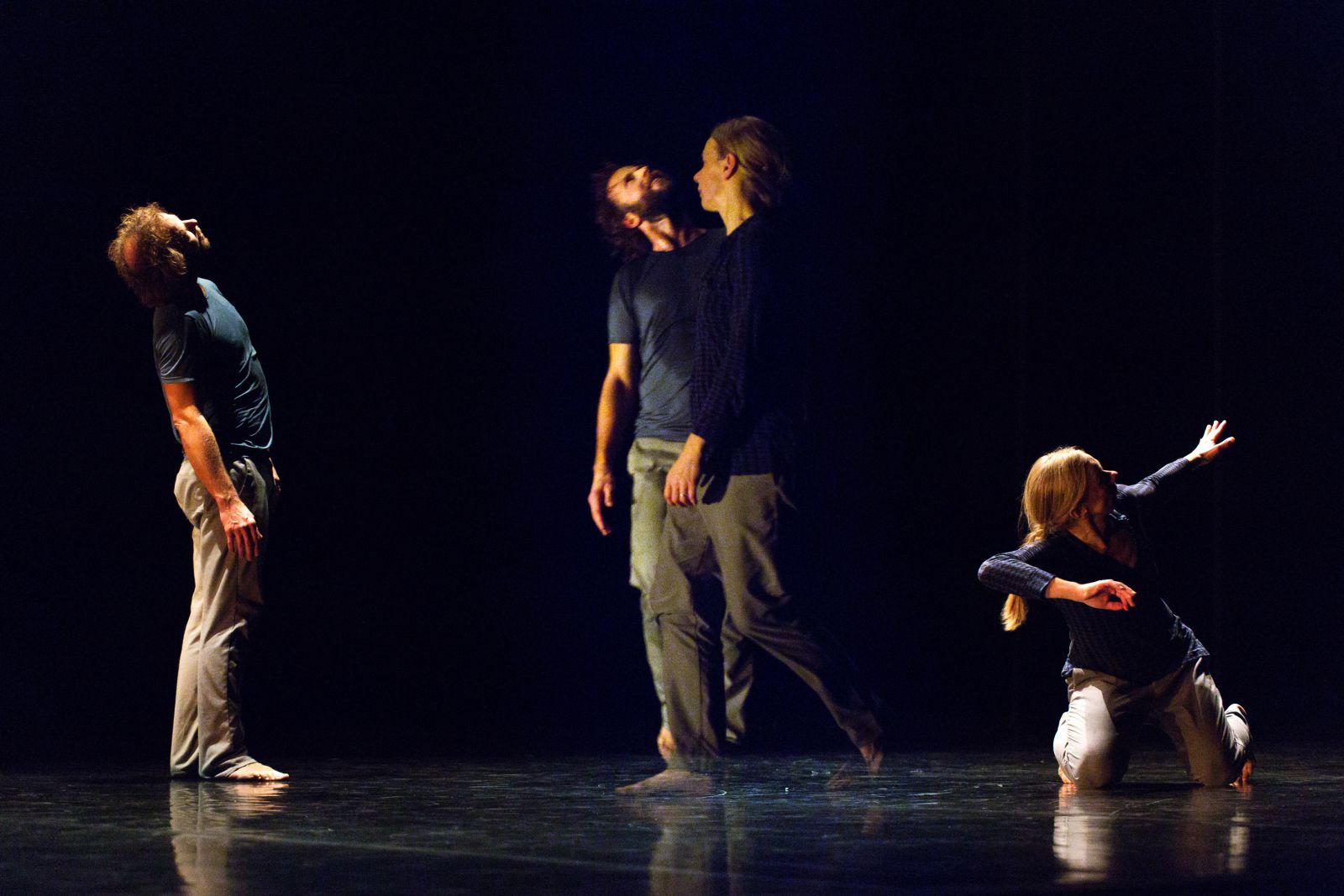 “Communication between us was never a given, so it would be interesting to create a score within which we could both work,” said Jurij Konjar one day to Andreja Podrzavnik Rauch. They invited lighting designer Jaka Šimenc, musician Blaž Celarec and photographer Nada Žgank to join the project. In the theatre programme, the authors wrote:

“Without light, one can perhaps speak of a concert, but not of a performance. To begin with, light either is or isn’t. Contrary to light, sound always Is. Sound is different from the self‑evident through making choices. Sound becomes a partner.”

“The mixture of these elements takes place on the stage. Each of us is free within the framework of what we contribute. In this synergy, everybody ‘stands’ behind its own. There is no performance without audience. A performance can only be done on the stage, the audience is (at least) half of the performance.”

Jurij Konjar is an award‑winning dancer and improviser. His own projects include performances such us Catharsis for Beginners, Ulysses, Goldberg Variations, and Still. Jaka Šimenc is a lighting designer, scenographer, the author of Theatre Without Actor, Feng Šus, and Rainbow, and technical director at the Španski borci Culture Centre. Andreja Rauch Podrzavnik is an award‑winning author, improviser and creator‑researcher who actively participates on the Slovenian dance scene. Her works include Lasting‑Passing, Imperceptible Impulse, Time Body Trio, Tuesday, Melodies of Reflections, Melodies of Beginnings, Weavers, Passage Delux, Rebeka,Tipke. Blaž Celarec is an all‑round percussionist, producer, cameraman, and sound designer. He is active in several music fields. He recorded almost 70 albums in the role of percussionist, 40 and as a producer or sound recorder. In addition to music groups, he has in recent years been active in the field of theater as a composer, musician and actor. Nada Žgank received the Ksenija Hribar Award for her work at Gibanica 2017.