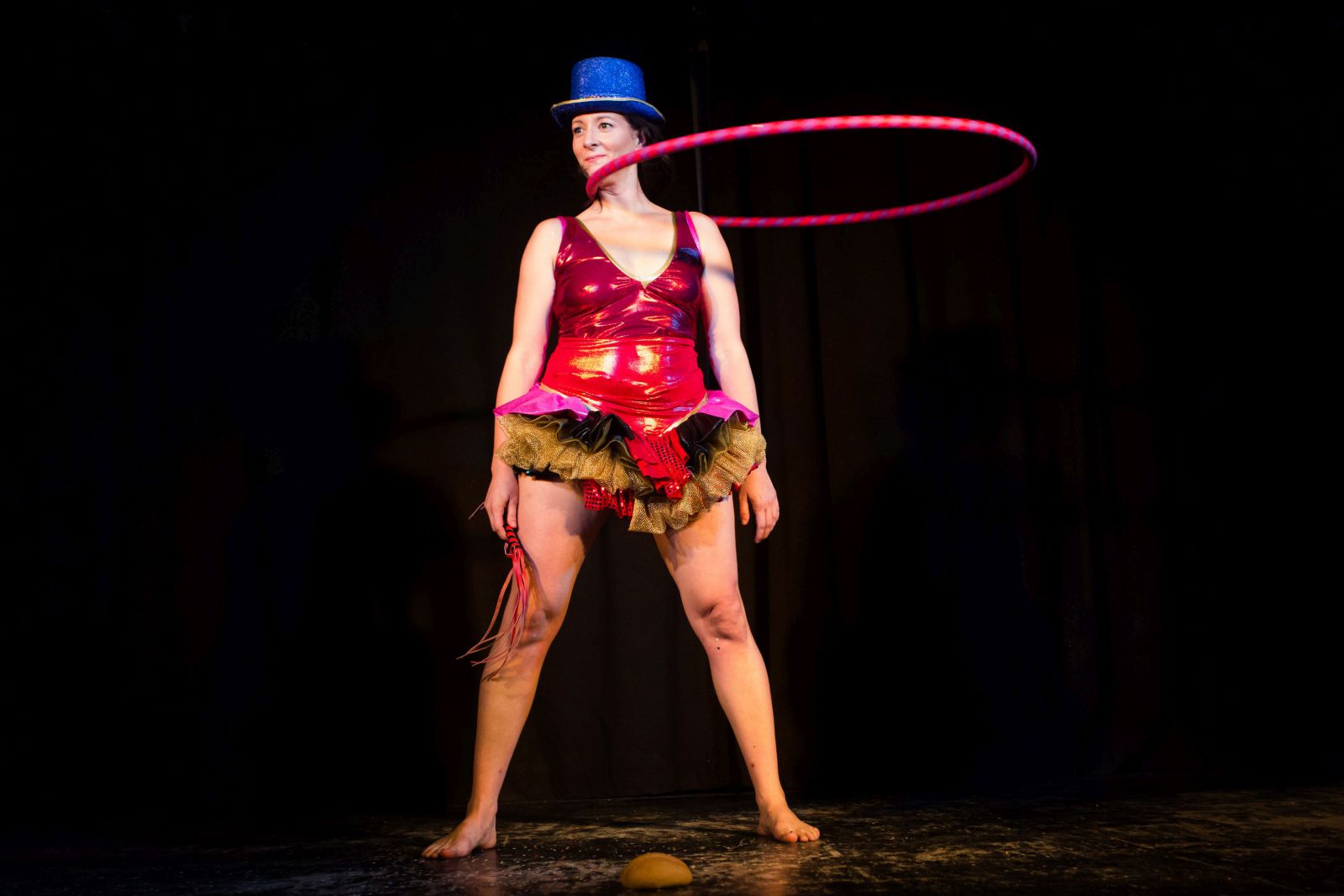 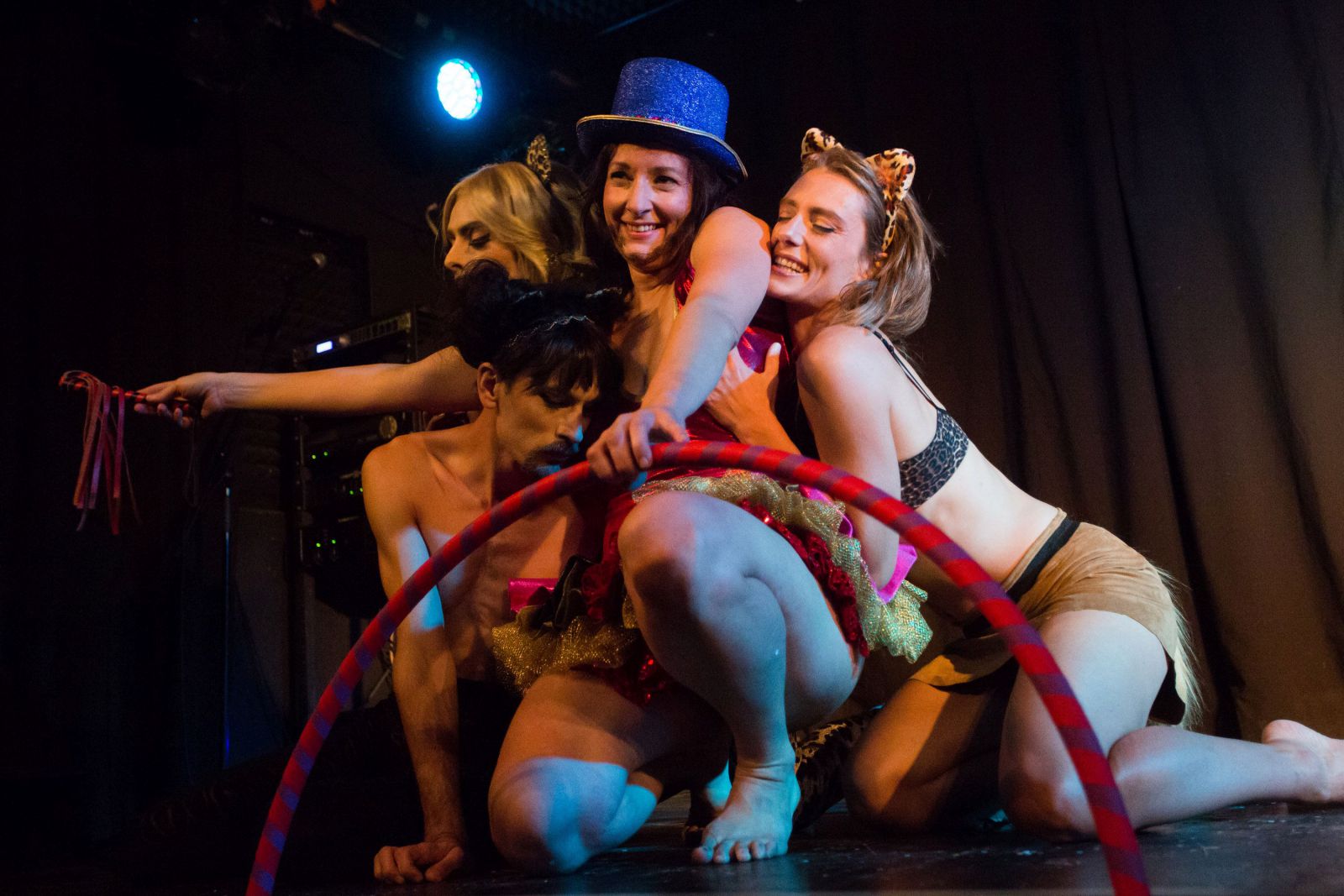 Matilda is a woman, at least she usually looks like one. She is not an artist, but she finds inspiration in ordinary things, like bananas and monkeys, swimming pools and milk, spandex and leotards, disco dancing, her breasts, and concepts like woman, mother, family, ambiguity, silliness, and freedom. She loves singing, banging on drums, and writing songs. She works with images originating from her daydreaming, but not exclusively. The stage is her home, and that’s where she comes alive. Matilda is not alone, she is part of the Image Snatchers collective, within which she is playfully presenting, through a set of musical‑performative pieces, the world of a girl who enjoys both the circus and charitable activities. Her images represent both witty commentary and entertaining evocation, whether they are about family or personal phantasm; in both cases, she works as a liberated performer of her own life.

“Matilda and Her humorously perverts the role of a woman in society, her sexuality, physicality, motherhood, and her place in the public sphere, while at the same time completely opening up the question of gender identity.”  Anja Radaljac

Urška Vohar (1977) is a choreographer, dancer and performer, theatre lighting designer, and dance teacher. After completing Maribor Grammar School, she continued her studies at the Faculty of Education in Maribor, Department of Fine Arts. Between 2002 and 2006, she studied dance and choreography at the SNDO in Amsterdam. Since 2006, she works as a lighting designer, dancer and performer, creates original projects and teaches at the Secondary Preschool Education and Gimnazija Ljubljana. In recent years, she has been working as a member of the Image Snatchers collective, which stages technoburlesque performances. In 2015, she received the Ksenija Hribar Award for collective educational work at the Secondary Preschool Education and Gimnazija Ljubljana, department of contemporary dance.