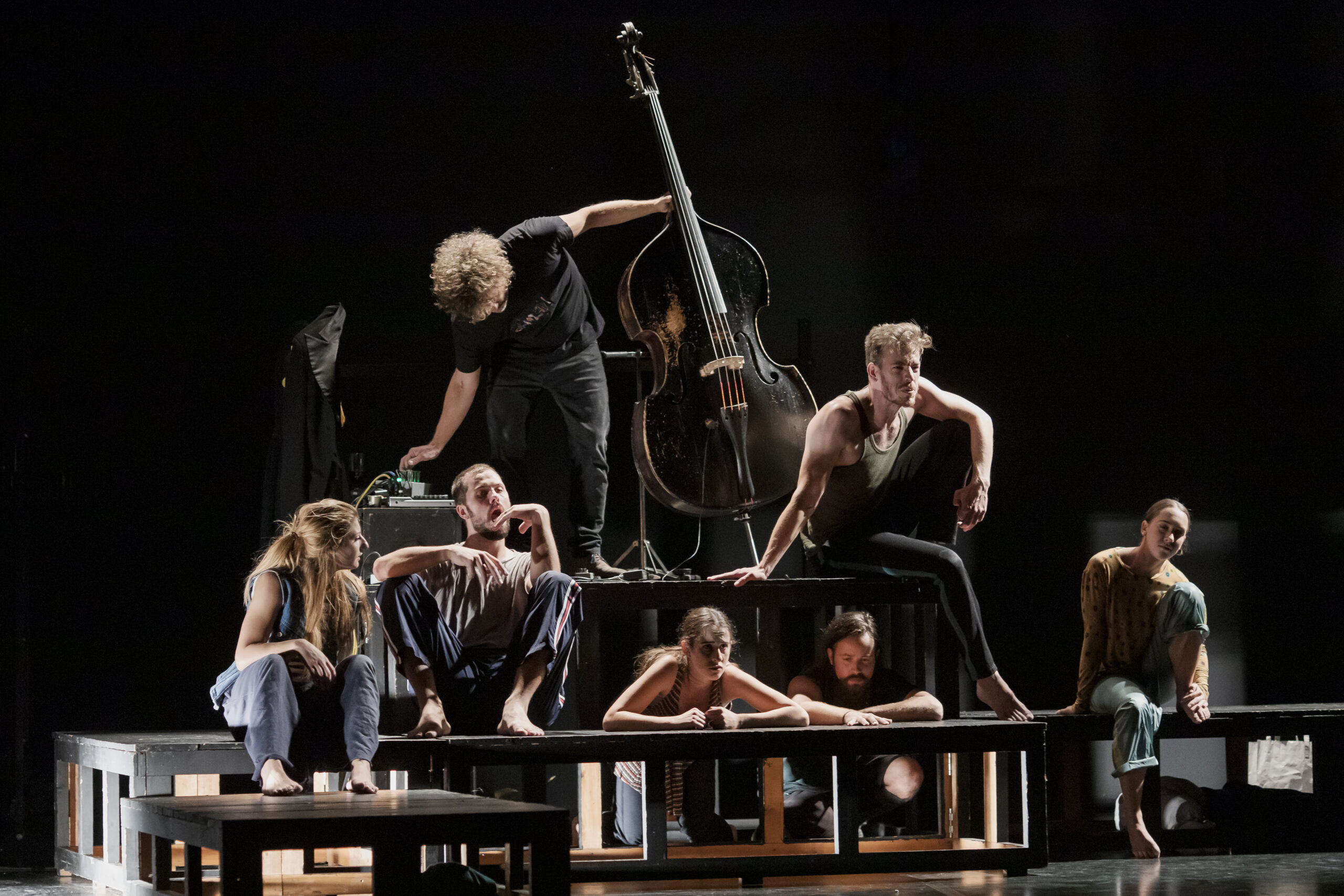 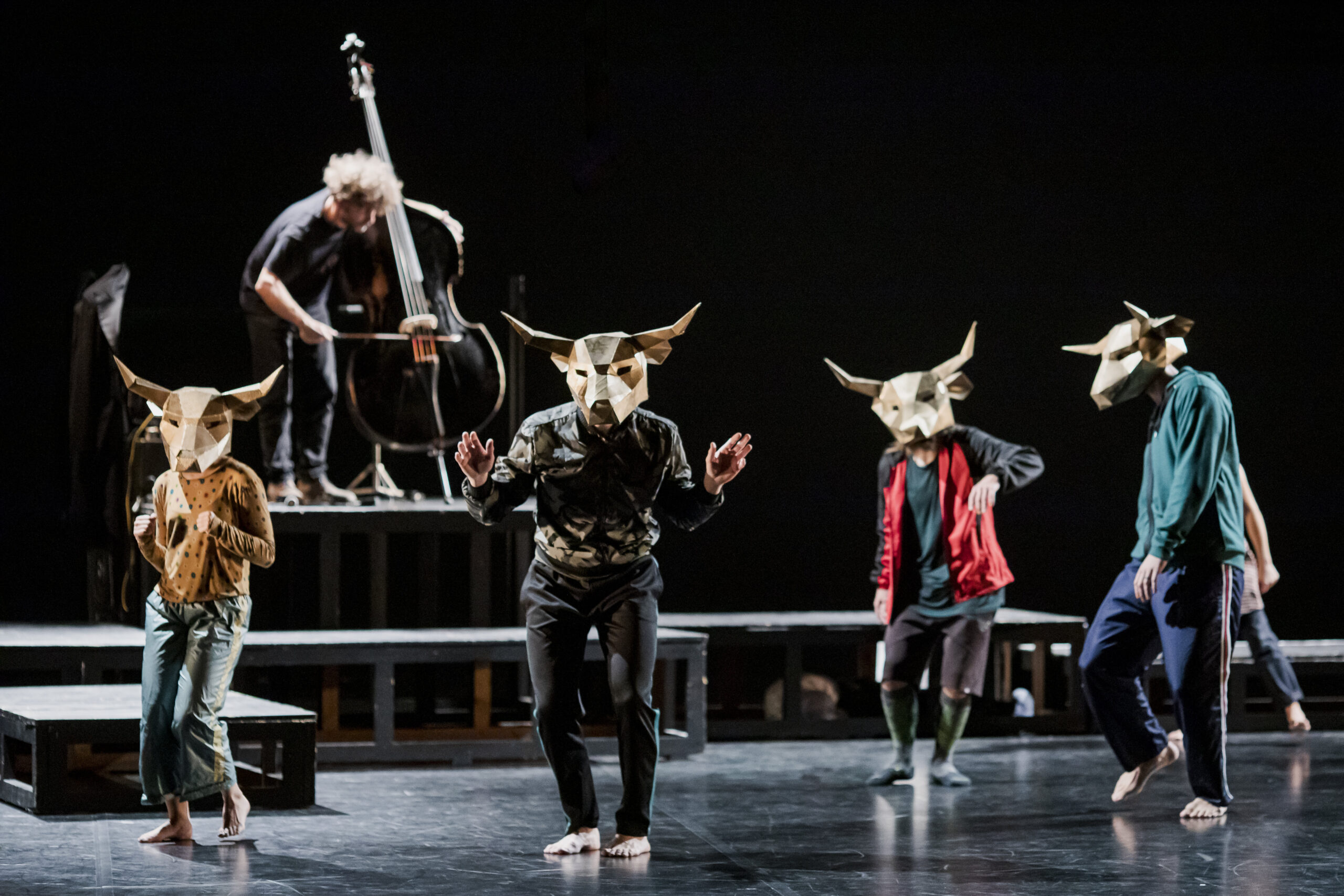 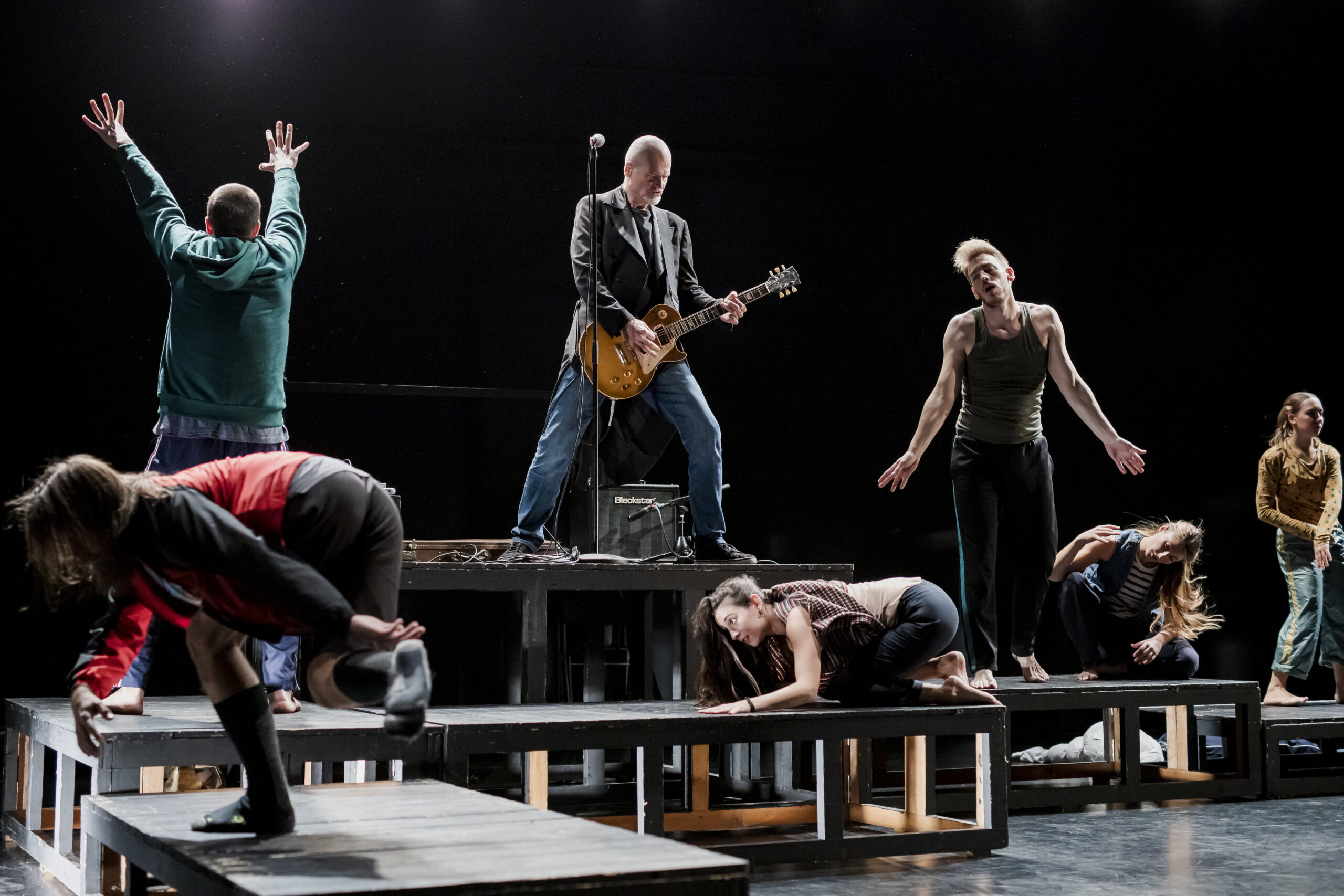 March 2020. Cultural institutions and theatres around the world are closing down. Despite the restrictions, the dancers of the EN-KNAP Group continue to work; not as a group in a studio, but individually from home. They are staying in shape, looking for new forms of communication and ways to create a performance without working together in the same space. October 2020. Anticipating the second wave of the epidemic and closing of the theatres once again, the creators decide to stage a premiere. The performance is based on the essay The Superfluous Human by Ilija Trojanow about the damaging, destructive force of capitalism, which is systematically abandoning man and humanity in the name of profit. Who is redundant, then? How thin is the line between the useful and the unnecessary? The elements of the performance include a series of both predefined and unpredictable sequences, the unique structure of which is determined by the performers in each iteration. The musician and the light designer spontaneously create additional dimensions of experiencing the performance, thus also contributing to the unpredictable challenge and stimulus for the dancers.

Iztok Kovač is a choreographer, dance teacher and dancer who in the 1990s placed the concept of Slovenian contemporary dance in the European and world cultural space. After fourteen years of project work, he founded the international dance group EN-KNAP Group in 2007, the first permanent ensemble for contemporary dance in Slovenia, and shifted his production work to repertoire. Shortly afterwards, the EN-KNAP Institute took over the management of the Španski borci Culture Centre, which became the domicile of the group and where Kovač, as artistic director, is responsible for the domestic and international programme. In addition to 35 original projects, artistic direction and pedagogical work, Kovač also works as a guest choreographer and in the field of cinematography of dance films. In the last 30 years, his stage works have been on more than 500 tours in 30 countries around the world and have received the most prestigious national and international awards. Kovač’s work is a subtle interpretation of the experience of time and space, determined by socialist education, the absence of a modern dance tradition, and growing up in Trbovlje, a symbol of Slovenian heavy industry.

Duration of the performance: 60 min