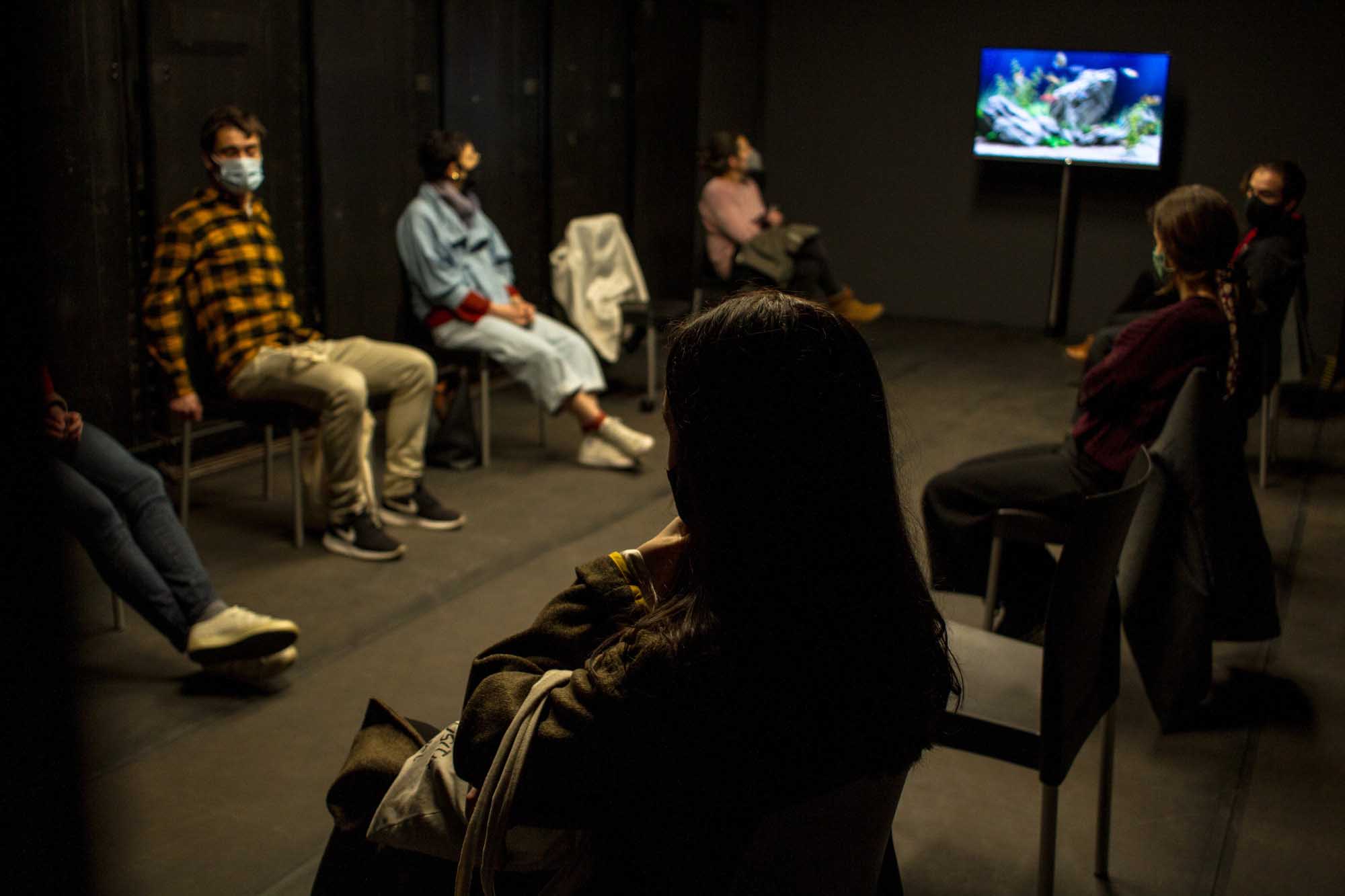 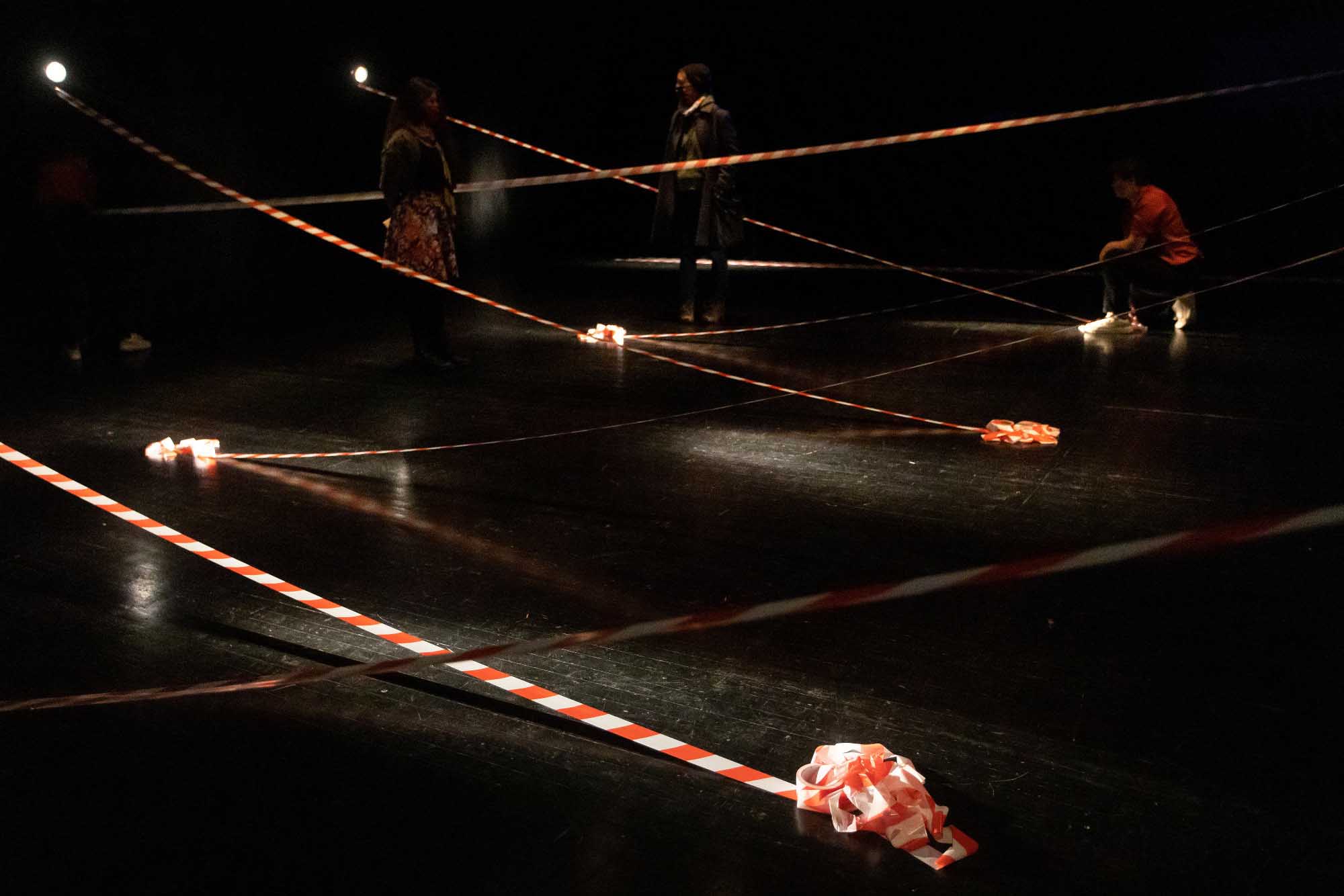 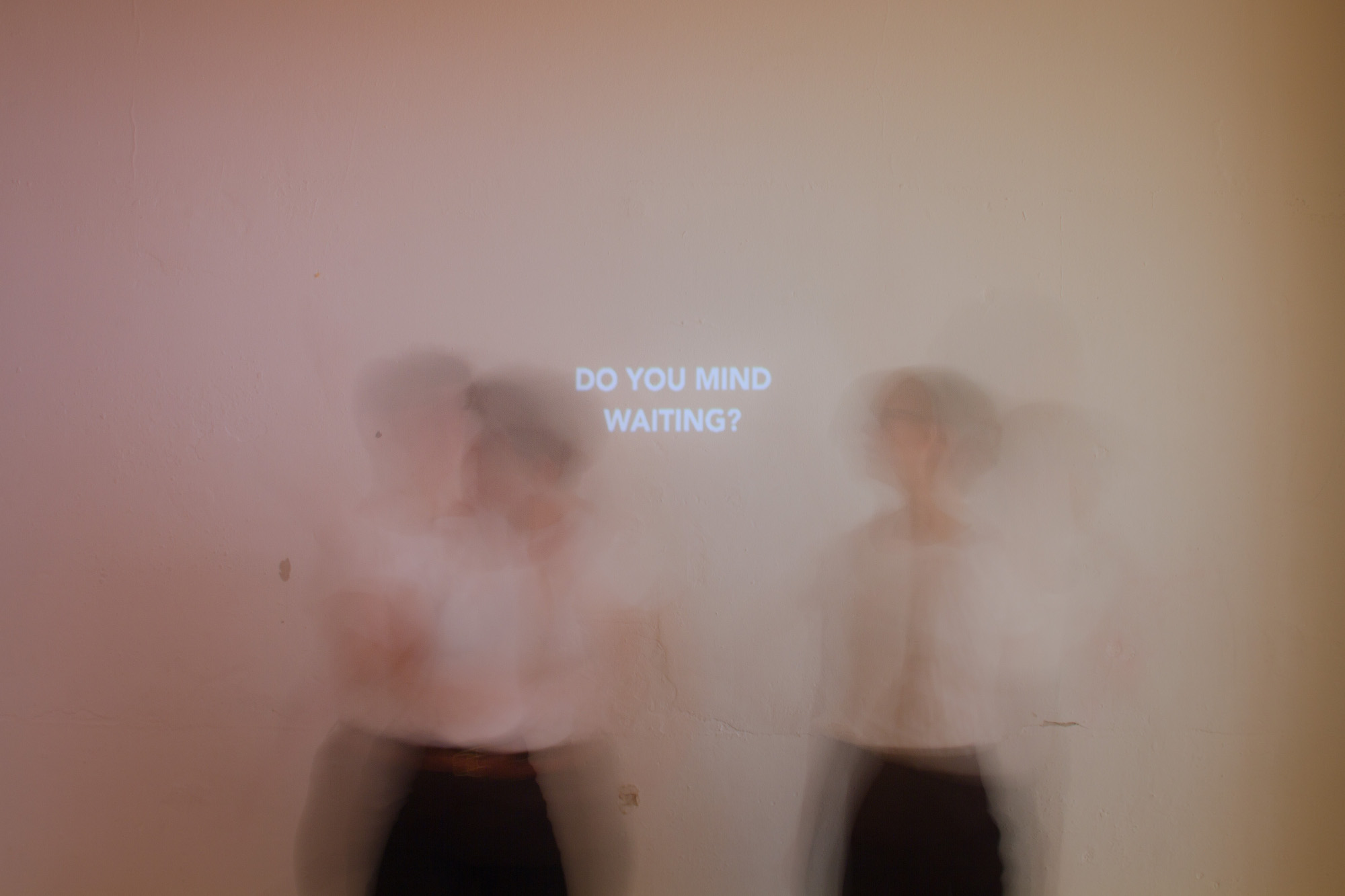 Fent cua / While Waiting is a participatory performance by artists Urša Sekirnik and Joana Serra, who draw inspiration from various aspects of waiting in line and put the experience of audience at the centre of their research. Although waiting in line seems rather insignificant – we all wait at some point, even several times a day – this everyday activity opens up a number of relevant topics such as issues of social status, xenophobia, bureaucracy, gender, origin, and different types of discrimination that the project seeks to address. Waiting forces our body to stop, puts us in relations of power or vulnerability, and also makes us anxious. However, could we see this forced break differently? Not take it as wasted time in anticipation of something, but as time gained, time given to us? In addition to the performance, the authors have also developed a Survival Package for waiting in line, which contains various materials which help make the moments of waiting shorter and more bearable. And what happens when we receive a package while waiting?

Joana Serra (Barcelona, Spain) is an interdisciplinary artist working in the fields of performing arts and art installation. In her work, she focuses in the exploration of light, space, and the body. In 2010, she graduated from the Experimental Dance Academy in Salzburg (SEAD), and in 2012, she completed her studies in light design at the Escenica Técnica Granada. She received additional training in the field of art installation with Irma Marco, and in the field of lighting design with Ana Rovira, Thomas Bourreaus and Valentín Álvarez. More at https://emanat.si/si/sodelavci/joana-serra.

Urša Sekirnik graduated from the Salzburg Experimental Dance Academy (SEAD) in 2011, and in 2014 in Cultural Studies from the Faculty of Social Sciences. She works as a performer, dancer and dance teacher. In her work, she is always looking for a common point with the audience, whether on an emotional level (Visible Illusions of a Frozen Body, 2011/2012, and Another Void, 2013) or through the (re)use of channels such as blogs (Arriving.Soon., 2011) and online stores (À la Cart Performance Webshop, 2014). In her latest project, Radio Hit, 2018, she explored the relationship between pop music and dance, the audience’s personal experiences in relation to music hits, and ways to engage audiences in the process and execution of a performance. More at https://emanat.si/si/sodelavci/ursa-sekirnik.

Financial support:  City of Ljubljana and Ministry of Culture of the Republic of Slovenia

Duration of the performance: 60 min